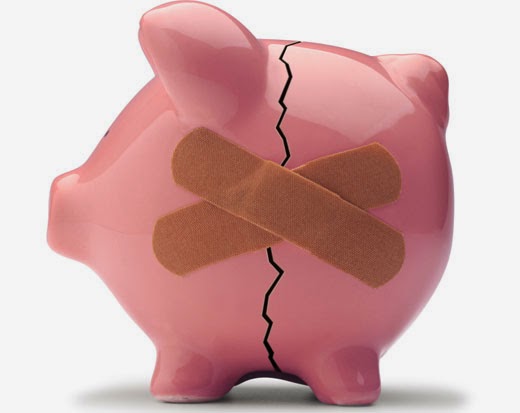 As a group, we paid off more than $18,000 in debt. We cut up more than 30 credit cards. We trashed hundreds of offers received by mail that would have amounted to more than 1 1/2 million dollars in debt, had we accepted the cards and maxed them out. We got on a budget. We learned about earning, saving and giving, and how we can honor God with each practice.

What am I talking about? Financial Peace University, a course by Dave Ramsey. Nearly 30 families and singles in our church completed the course several years ago and are excited about what we learned and are putting into practice.

“Your biggest problem is the guy you shave with every morning,” says Dave Ramsey, America’s favorite financial counselor. Ramsey teaches that personal finance is 80 percent behavior and 20 percent knowledge, and that Americans are in trouble financially because of some very basic facts. We spend more than we make. We don’t save. We borrow money. Lots of it. We practice self-indulgence like it’s our job! The average American family saved minus-.5 percent last year. That’s not new math, folks. That means that the average American family spent more than it took in, so it had negative savings. I don’t know about you, but negative savings just don’t make any cents. Sorry.

In Dave Ramsey’s class, we learned about using a budget that really works (“telling your money what to do, instead of the other way around”), how to bargain wisely, how to invest, how to use a debt snowball to get rid of unsecured debt, and more. We heard it many times: you cannot have financial peace if you don’t practice self-control and learn delayed gratification. Most of the purchases we regret are impulse-spending. A simple rule of agreeing with our spouse that neither of us will spend more than $250 on any one thing until we have “slept on it” would save us money and remorse.

Some of you might be thinking, “I thought this was a religion column. Did I stumble into the finance section of the paper by mistake?” No, this is the religion page. Let me assure you, however, that how we handle money is determined by our worldview: what we believe, how we live, who we worship. Everybody worships something or someone, and perhaps the saddest individual in the world is the “self-made man” because he worships his own creator.

That’s why Jesus said more about money and possessions than He did about any other subject. He knew we would struggle in this area. More than two-thirds of His parables deal with the stuff that threatens to own us unless we see ourselves as managers, as stewards of something that ultimately belongs to God. Jesus even said that how we deal with money and possessions is an accurate indicator of our spiritual maturity and our readiness for leadership. “One who is faithful in a very little is also faithful in much … if then you have not been faithful in (money and possessions), who will entrust to you the true riches?”

So … how is your budget working for you?
By Mark Fox