Save the Cheetahs! (but slay the children) 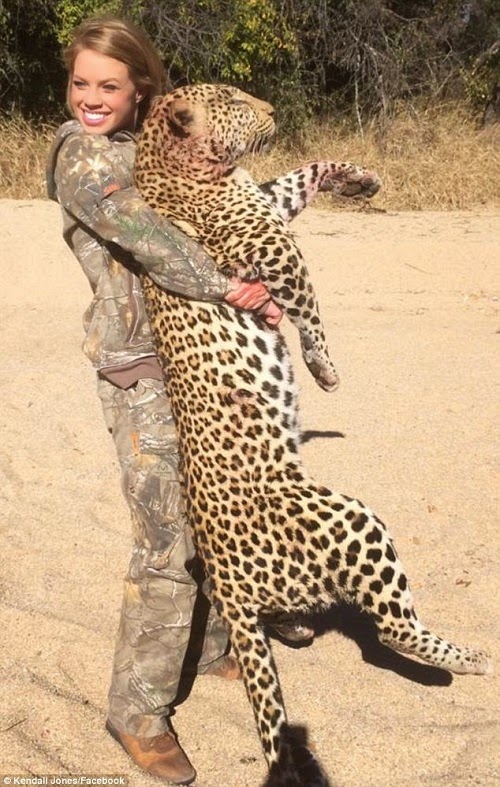 I’ll never forget an experience I once had in one of my pastorates in East Texas, an experience that highlights the illogical atrocity that is liberal thinking. In attempts to raise money for a Christian School associated with the church, one of our members raffled off a cow for butchering. After the raffle was over he took the cow to the butcher, but it was turned away because it was pregnant.

To be clear, I get this. Butchering a pregnant cow is weird. Let the cow have the baby, then butcher it. And then butcher the cow’s baby once it grows up. That’s the circle of life. Lion King teaches us that. And so does the Bible (Gen 9:3). But, when we live in a society where it’s wrong to butcher a baby cow, but okay to butcher a baby human, something is cataclysmically amiss. And this is precisely the kind of society in which we live.

One of the major stories circulating social networks right now is that of a young Texas girl named Kendall Jones, whom many berate because of her African hunting expedition in which she killed a leopard, an elephant, and a lion (oh my!), among other animals. Many are calling Kendall “sick and depraved,” even going as far as signing an online petition against her that had already garnered 40,000 signatures by July 1.

The petition is “for the sake of all animals.”

While I believe that it’s important to preserve endangered animals, I also believe that humans are more valuable than animals. This is what it means that God created “man in his image,” something he never attributes to animals (Gen 1:27). And this is the real problem. People are more offended when a High School cheerleader slays a ferocious lion than when one slays an innocent baby.

It’s okay for a woman to have the right to kill an unborn human, but not okay for her to kill a vicious animal. I guess the standard of depravity is determined by whether or not something is endangered. The human population is booming, so let’s slay em’ without remorse.

The national conversation right now concerns what many liberals call a “battle against women,” because a company–Hobby Lobby–won a lawsuit that keeps them from having to provide certain drugs that can kill babies in the womb. I mean, people are really up in arms about this. Apparently it’s a “right” for an employer to provide employees with these drugs, drugs that can hunt down an innocent baby in his most innocent state and slaughter him to pieces.

The only thing missing is a way for abortionists to mount their trophies on their walls. Oh wait, isn’t that exactly what Kermit Gosnell did? And wasn’t this story quickly dissolved by the liberal media?

And thus, the philosophy of our age is to save the cheetahs, but slay the children. This, in my dictionary, is the definition of “depraved.”

Wow. Sharing this everywhere I can. Thanks, Jared, for a very insightful post!