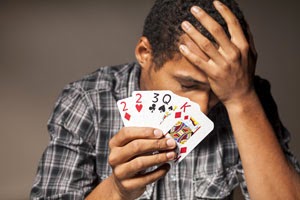 With all due respect to Dave Ramsey and his opening speech on his radio show, “where debt is dumb, cash is king, and the paid-off home mortgage has taken the place of the BMW as the status-symbol of choice …” cash is not king. I know Dave Ramsey understands that, but the people in Ephesus didn’t. Especially those who were in the silver shrine business. That was the cash cow of the day, and people came from all over the world to see the temple of Artemis, and most of them wanted to take home a replica of the shrine, or a statuette of Artemis (or, Diana), to put on their mantel and even to serve as an idol. This was big business in Ephesus, but something was happening. Sales were dropping. Silver shrines and statuettes were not flying off the shelves in the souvenir stores, anymore. Tradesmen like Demetrius studied the trend and found the source of the problem: Sales started dropping when Paul came to town and preached Jesus and the resurrection. Sorcery had also fallen into disfavor, as the citizens who regularly practiced it before they came to Christ renounced their belief in magic arts. Their actions proved their repentance when they brought their magic books to the center square and burned them: $6 million worth, in today’s currency. Now we see a further effect of the Gospel, as Christians who would have previously bought silver shrines as graduation gifts for their children started giving them prayer journals instead. Business leaders who used to order silver shrines by the dozens from Demetrius and his guild of silversmiths were calling up to cancel their orders.

“Why? You have been ordering shrines for your best employees for the past 20 years,” Demetrius may have asked. The business leader would respond, “Well, Demetrius, I have been wanting to talk to you about this. I believe in Jesus of Nazareth now. He is my king. He has changed my life, and, well, I don’t even have a shrine in my own house or business any more. I got rid of them.”

Multiply that by the number of households and business owners that believed in Christ, and you see how it began to hurt the bottom line of those who profited from idolatry. I was trying to think of a modern comparison, and remembered a statistic I heard years ago about legalized gambling. George Will wrote in 1999, “Last year, Americans spent about $7 billion on movie tickets, $26 billion on books of all sorts, $450 billion on groceries. Gamblers in America wagered more than $630 billion legally in state lotteries, casinos, slot machines, video poker etc.” If you combine that total with the estimated $350 billion Americans spend every year on illegal gambling, the total approaches one trillion dollars.

Here we stand, 238 years young as a nation, desperately in need of revival. As in Ephesus, revival can come to America when followers of Christ put to death our own idolatry. When that happens, and the truth of Jesus’ death and resurrection is proclaimed and lived, I believe we will finally see one nation, under God. Lord, “Will you not revive us again?”
By Mark Fox