As leadership goes, so goes the church 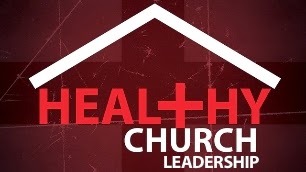 When Paul was on his way to Jerusalem, he stopped to meet with the elders of a church. Not just any church: it was the one in Ephesus, where he had stayed longer than in any other city. There are some vitally important truths we can learn from this meeting that is described in Acts 20. Truths that impact the spiritual health of our churches.

A lot has changed since then, but the strategic necessity of leadership hasn’t changed. That is truth number one: as leadership goes, so goes the church. Paul knew that. We know that. It’s true on a sports team. It’s true with an orchestra. It’s true in a congress or in a college. It is most certainly true in the local church, and I would venture to say that most of the time when a church disintegrates into chaos and confusion, you could trace it back to defective leadership.

Truth number two is that the leaders of the church are called elders, overseers and pastors. The three titles are interchangeable. These are men who have been called by God to lead, feed, and care for the church which He purchased with His own blood.

Truth number three is that it is clear from this passage that Paul is meeting with a team of leaders, not a solo pastor, for whom there is no biblical support. John Stott calls him a “one-man-band, playing all the instruments of the orchestra himself.” Imagine that kind of concert; it would be novel, but not satisfying. It might be entertaining to watch one musician run from tuba to violin to kettle drums, but there’s nothing fun about watching a pastor burn himself to an ember while trying to keep all the plates spinning by himself. There is also no biblical support for a “CEO pastor” who sits atop the organizational chart and holds all power and authority in his hands. The churches Paul planted were led by elders, and these men shared the responsibility for the spiritual needs of the flock. There may have been one or two in each church who were more gifted to preach than the others, but they led as a team. You will notice that when Paul and Barnabas went back through the towns they had visited in their missionary journey, they appointed elders, plural, in every church, singular.

If there is a singular reason why a church will be healthy and productive in every biblical sense of that word, I believe that reason is that the church is led by a team of godly elders. Of course there are other reasons why a church is or is not healthy. My top three would be, a commitment to a plurality of godly elders, a commitment to expository preaching, and a commitment to equipping men to be spiritual leaders in their homes. Expository preaching gives the flock the whole counsel of God by taking the church through books of the Bible, rather than bouncing from one topic to another and using Scripture as a springboard. Expository preaching trains believers not only in the truth, but in understanding how to study and interpret Scripture correctly.