Go and gossip the Gospel 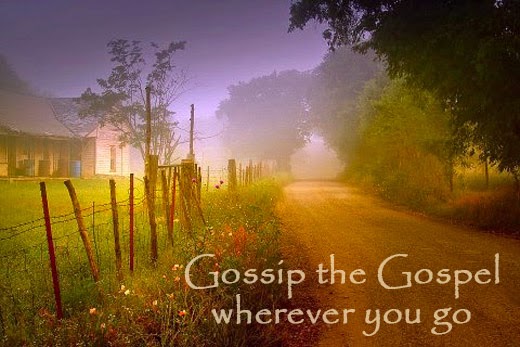 When Paul entered Athens in the first century and was provoked to see it was a city submerged by idols, he didn’t turn around and walk out. Neither did he go to the city square holding a sign that said, “God hates Athens.” No, he reasoned with the people there, in three very different arenas.

First, he went into the synagogue and reasoned with the devout. The equivalent today would be the church, which was and is the first and best place to reason with people. The decay of our culture is largely a product of the impotence of the church and its compromise of the message of the Gospel. Pastors possessed with a low view of Scripture and a high need for numbers plus members infatuated with a “makes-me-happy-and-meets-my needs” fellowship has largely neutered the effectiveness of the church in America. Paul “was preaching Jesus and the resurrection” to the God-fearers. That must be the core of our message from the pulpit every week as we teach the Scriptures to a people starving for the Word of God.

Second, Paul went into the city square and spoke with “those who happened to be there.” He was as comfortable in church as he was in the marketplace. Not everybody is, but we need people who can make friends and meet people in the park, at the mall, in the movie theater, the Laundromat, the coffee shop and in every place life happens. Howard Schultz said his goal in creating Starbucks was to provide a place and an environment where people would be forced into community with each other. Cindy and I were in the Sherlock Holmes pub in London last July, enjoying fish and chips, and the couple next to us was speaking “American.” So we struck up a conversation with them and had fellowship for a half hour. It’s amazing what people will tell you about themselves if you just ask a question. When that happens, you have an open door to gossip the Gospel with someone who five minutes earlier was a stranger.

Third, Paul went to the Areopagus to speak to the intelligentsia. Aldous Huxley would have been there had he been alive then. He was honest enough to write in 1937 about why he objected to the world having meaning and purpose: “For myself, as no doubt for most of my friends, the philosophy of meaninglessness was essentially an instrument of liberation from a certain system of morality. We objected to the morality because it interfered with our sexual freedom.” We need young people to be raised up who can answer the intelligentsia’s arguments against faith. Not just on the university campus but in every area of life that teaches.

John Stott wrote, “There is an urgent need for more Christian thinkers who will dedicate their minds to Christ, not only as lecturers, but also as authors, journalists, dramatists and broadcasters, as television script-writers, and as artists and actors who use a variety of contemporary art forms in which to communicate the Gospel … Christ calls human beings to humble, but not to stifle, their intellect.”

Graduates and all others reading this column: How can you use what God has put in your hands to serve Him and make His name great? It need not be big or important. You do not have to be famous or rich or powerful or brilliant. You simply must use what talent and ability and intellect He has given you for His sake. Share the truth in the church, in the marketplace, and on the campus.