We should be shocked not at God's wrath but God's grace

(This is part 2 of a post series based on a presentation by Ray Ortlund on the love and the wrath of God. For the context of this quote, click here.)

The wrath of God is a constant reality in our world every day. As Bob Dylan sings, "Everything is broken." We will never succeed in building our ideal world without God. He keeps breaking our self-exalting, oppressive dreams. 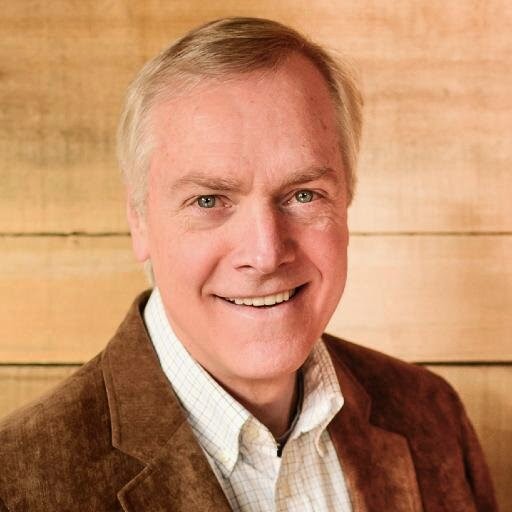 That is the wrath of God. And his wrath is the problem addressed by the gospel. The answer is in Romans 3:24-25: ". . . Christ Jesus, whom God put forward as a propitiation by his blood, to be received by faith."

To "propitiate" is to satisfy the wrath of God, so that his love can be unleashed. We who are in Christ are no longer under God's condemning wrath (Romans 8:1).

That is the most surprising fact of our existence. We should not be shocked at the wrath of God. We should be surprised at the grace of God, especially considering that God absorbed his wrath against us into himself at the cross. God rescued us from God. This is propitiation.


The Bible writers have nothing to do with pagan conceptions of a capricious and vindictive deity, inflicting arbitrary punishments on offending worshipers who must the bribe him to a good mood by the appropriate offerings . . .

If the propitiatory death of Jesus is eliminated from the love of God, it might be unfair to say that the love of God is robbed of all meaning, but it is certainly robbed of its apostolic meaning. The writers of the New Testament know nothing of a love which does not react in the very strongest fashion against every form of sin. It is the combination of God's deep love for the sinner with his uncompromising reaction against sin which brings about what the Bible calls propitiation . . .

Is it possible to be saved without having your sins forgiven? Was Saul saved by faith alone before his sins were forgiven?

If Saul was saved on the road to Damascus, then he was saved without having his sins forgiven.

Saul believed in Jesus on the road Damascus, but his sins were forgiven three days later in Damascus
Act 9:1-19......9 And he was three days without sight, and neither ate nor drank....

Saul sins were forgiven in Damascus, three days later, not on the road to Damascus.
Acts 22:1-16.....10 And I said, 'What shall I do Lord?' And the Lord said to me, 'Get up and go into Damascus, and there you will be told of all that has been appointed for you to do.'.......16 Now why do you delay? Get up and be baptized, and wash away your sins,calling on His name!

Saul was not saved by faith only. Saul was saved by believing and being baptized in water.

Jesus did not establish faith only salvation on the road to Damascus. Jesus confirmed what He already had said "He who has believed and has been baptized shall be saved"... (Mark 16:16)

You cannot be saved unless your sins have been forgiven.

In order to support the doctrine of faith only men have offered many reasons why the Scriptures cannot be trusted.
REASONS.
1. The Bible is not the inerrant word of God, it has many errors and contradictions.
2. You have to be a Greek scholar to understand the Bible. If you understand the original Greek language, then you would know water baptism is not essential for forgiveness of sins.
3. You need to use extra-Biblical writings to understand the plan of salvation.
4. The Bible has been mistranslated, therefore men are saved by faith only and not the way it is presented in the Bible.

If God is not smart enough to give men an accurate translation of His plan for salvation and Christian living, then why would anyone trust in Him for salvation or for anything else.

God has given us His plan of salvation in many translations, in different languages. You do not have to know Greek.You do not have to have a Greek dictionary. You do have to be Greek. If men had to be able to read and understand original Greek to understand the Bible, then all Bibles would be in Greek.

GOD IS INTELLIGENT ENOUGH TO GUIDE MEN TO GIVE A TRANSLATION OF THE BIBLE IN THE LANGUAGE THAT YOU READ! JUST READ IT AND BELIEVE IT.