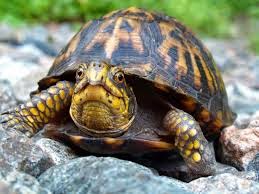 Lydia came to faith in Jesus Christ when she heard the Gospel preached by Paul, and the Lord opened her heart. She did not come to believe by doubling down on doubt. Zaccheus came to faith in Jesus Christ when the Nazarene invited the vertically-challenged tax collector to clamber down the sycamore and let the Lord come to his house. He did not stumble through doubt-clouds and somehow find his way to truth. Nicodemus visited Jesus at night, not because he doubted the veracity of Jesus’ claims, but because he wanted to understand them. Even Thomas, made famous by first doubting the rest of the disciples’ claims that Jesus was alive, did not come to believe because of his doubt. He was kept from faith for a while because of it, and when he finally did believe, he was chided by the Lord with these words: “Have you believed because you have seen Me? Blessed are those who have not seen and yet have believed.”

I believe it’s one of the first and finest fruits of the Father’s followers. He opens our hearts. We open our homes. Jesus said to Zaccheus, “Come down, I’m coming over to your house for supper.” When Levi, also called Matthew, the tax collector met Jesus, what was the first thing he did? He had a party and invited all of his tax collector friends over. He opened his home to Jesus and a big pile of lost people who needed to meet the Savior.

There’s the story that is told of a South Carolina judge, Alexander Sanders, whose wife called him home one day because something terrible had happened. Their little girl’s turtle had died, and she was absolutely inconsolable. As a three year old, she just didn’t understand the ways of life and death. The judge offered to buy her another one. “No! It wouldn’t be the same one.” He tried everything, and finally said, “Well, we have to have a funeral for Carl.” She looked puzzled, so the judge told her a funeral is where they invite all of her little friends over, and have ice cream and cake and lemonade and play outside and celebrate the life of her turtle. That did it. She was very excited about that, and so she and her father started to plan the party and who to invite. Then it happened. The turtle stuck his legs out. Then his head. The father was relieved and knew his daughter would be, too. But when he looked at her expecting to see tears of joy, she said, “Daddy, let’s kill it.” What’s the moral to that story? It’s not, “kill turtles.” No. The moral is, “everybody loves a party.” So, have one. Invite doubters, skeptics, and others who don’t know Jesus.

The answer, my friend, is not blowing in the wind. The answer is written in God’s Word. Don’t celebrate doubt. Investigate the truth. Read the Bible. Talk to someone who knows Jesus. Come to my house for dinner. We would love to meet you and tell you why we believe.
By Mark Fox