On this day the church could have died 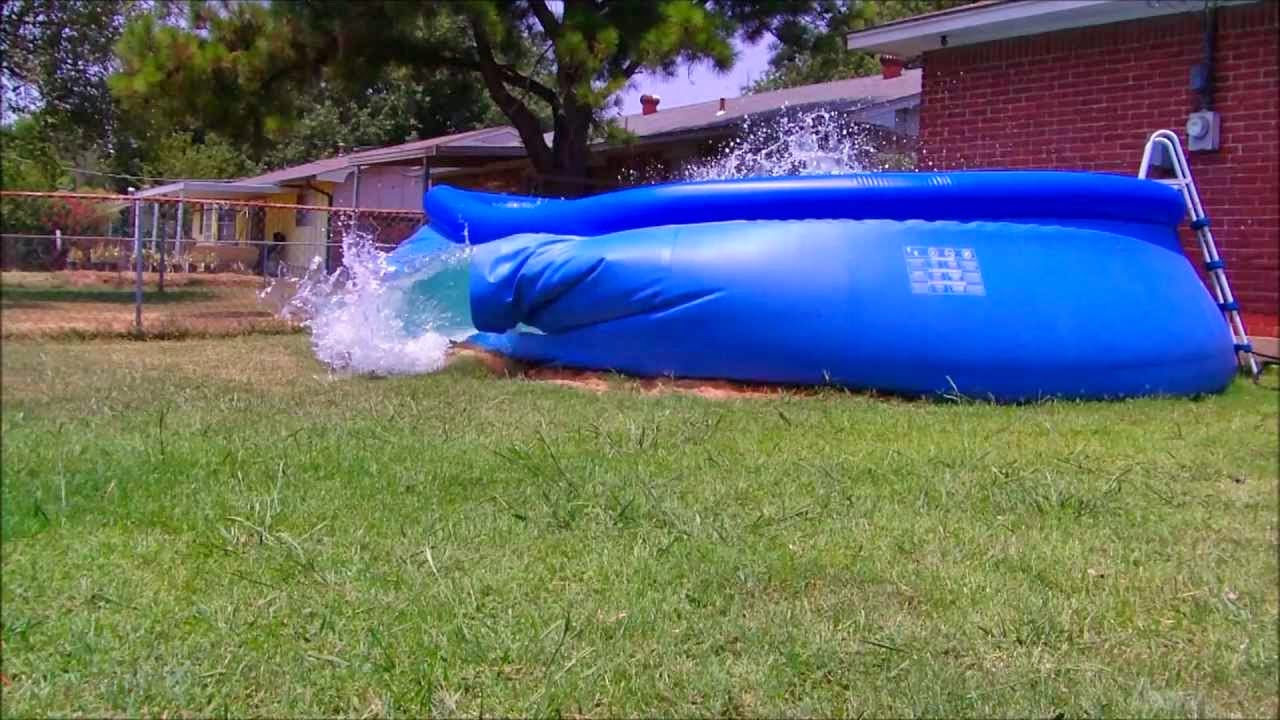 Kyle Idleman tells the story about the time his family house-sat for friends who were out of town. It was miserably hot and they were excited about using the above-ground pool their friends owned. On the second morning, however, the water level in the pool seemed a little lower. So Kyle put on his son’s goggles, dived in, and found a hole the size of a pencil eraser. He went to the pool store down the road and they sold him an underwater patch, and explained how to use it. Kyle put the heavy-duty glue on the patch, swam down to where the hole was, but as he pressed the patch against the side of pool, he watched in horror as the tiny hole started to slowly expand to the size of a basketball. Suddenly 18,000 gallons of water were rushing out and trying to push Kyle through the hole. He fought the current and managed to get out of the pool, grabbed towels and tried to stuff them in the hole, but there was nothing he could do to stop the inevitable. He watched helplessly as all the water emptied out of the pool and into the back yard. His kids came out with stunned and disappointed looks, and his youngest had tears in her eyes. One of his daughters said what Kyle was thinking: “Did that really just happen?”

Let me tell you about a day when the church and the Christian faith could have collapsed just like that pool did. I would argue that this day in history was bigger than when the Berlin wall came down. Bigger than when Germany surrendered in World War II. Bigger than your birthday. In fact, this day may have been bigger than anything in recorded history except for the three days when Jesus Christ was born, crucified, and resurrected from the dead.

I am talking about the day the Jerusalem Council met in or around year 53. The leaders of the church came together because of a controversy brewing in the church world. There were some Jewish believers in the twenty-year old Christian faith who wanted to require every Gentile convert to Christianity to first become a Jew. They said, “Unless you are circumcised according to the custom of Moses, you cannot be saved.” Do you get that? They were telling Gentile followers of Jesus that Jesus needed Moses to complete what He had done. They were saying in effect, “Hey, the cross was great, but it is the law that really matters.” They were teaching that salvation is not by faith alone but by faith plus works. So when the Jerusalem church leaders met to discuss the matter, it was the biggest day since Pentecost, because what was at stake was none other than the Gospel. If the Gospel had been changed, Christianity would simply have been added to the list of all the other world religions, each of which has as its unofficial motto, “Will work for salvation.”

You can read the story in Acts 15 and see how the matter was settled. It was a big day in Jerusalem. It was a bigger day for the church. What started as a small deception could have ended up in disaster, and changed history as we know it.

Thankfully, what threatened the church was quickly dealt with through godly leadership and biblical truth. The church did not lose its way or collapse like a cheap pool. The truth of the Gospel, that salvation is found in no one else but Jesus Christ, was not compromised but further confirmed.
By Mark Fox