“Sit down and eat it,” I command in an increasingly intolerant voice. “Baby Angel” (the moniker he is exclusively responding to at the moment) climbs down from the stool and perches himself in front of his pb&j, glaring at me through the slits in the superhero mask that “Baby Angels” apparently wear. 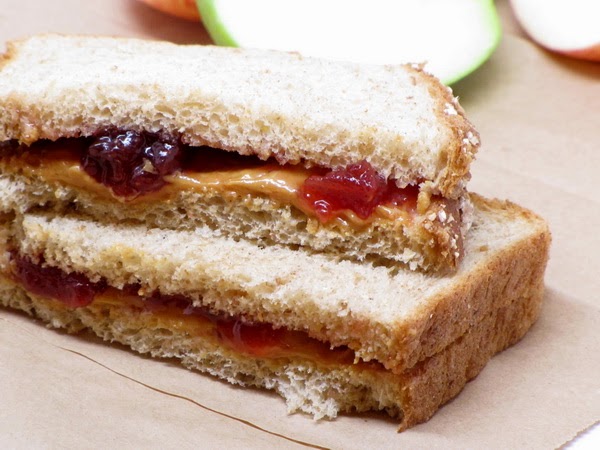 “Superheroes have to be strong. How will you be strong if you don’t eat?” I coax.

Reluctantly, he nibbles a crumb – not joking, a crumb – off of the end of his sandwich, and smiles proudly up at me as though somehow he thinks he’s nourished himself for the next heroic battle.

“Why won’t this child eat?” I muse to myself as I pick up his half eaten sandwich and untouched apples from the table. But he’s off, slaying imaginary dragons and doing the more important things in life.

And as I hold the bread and watch my boy, I think of another loaf of bread and another Son who broke it on this very day so many years ago. Somehow the sun shine and the chirping birds and the giggles of my children don’t seem like the right backdrop for this day.

I sit down with the Words and get lost in the story. The stage is set, and you can almost feel the moment, you know? After three years of hard work, this is a night of rest. A room full of the best of friends. A celebration. A spring night and a cool breeze. I remember a backyard party that once felt the same way – a lot of laughter, special foods, outdoor tables, and soft evening lights. Soul-restoring.

Perhaps, the Savior mulled similar thoughts as he looked at his friends and said, “I have earnestly desired to eat this Passover with you before I suffer.” Earnestly desired. This little phrase is an odd one – epithymia epithymeō. You can see it already, can’t you - the twin words (different only in two little letters) with twin meanings. He’s repeating Himself. According to the original Greek, this could be translated as “desirously desired,” “longingly longed,” or even – scandalously - “lustfully lusted.”

You know how scholars tell us that when Jesus says “Verily, verily, I say to you…” He’s using a repetition to catch our attention and emphasize His point? Same thing here, I think. And we definitely get His point.

So He crushes the bread and pours the wine and passes around His body and blood.


And I wonder if He thought of Elijah. I do. In fact, I think of him every single Sunday when the music swells and we rise to our feet to take the elements.

I remember the Elijah of 1 Kings 19, who has just watched the fire of God consume the altar during his Baal-battle, who has brought the rain, who has literally run for his life. Barely escaping the murderous queen, he collapses on the desert’s hot sand for an entire day and begs to die.

Instead of the angel of death, God sends an angel bearing the things of life. Friendship. Food. Rest. He touches Elijah, feeds him, puts him back to sleep. When he wakes Elijah again, he says, “Get up and eat. If you don’t, the journey will be too hard for you.” (1 Kings 19:7 NCV).

If you don’t eat, the journey will be too hard for you.

This life is a hard journey. And I can honestly admit that it is too much for me. Cancer. Divorce. Depression. Loneliness. They are all too much. And sometimes, even everyday things like dishes and crying babes and unreturned calls and empty chairs can be too much for me. So every week at the communion table, I own my weakness and come to be fed. Because if I don’t, the journey will be too hard for me.

If anyone know about hard journeys, it’s our Man of Sorrows. Not too many hours removed from friendship and food and rest, we see Jesus bleeding prayers in a garden. The scene is so different now, isn’t it? No more sunlight and celebration. No more companions. No more peace. Just a horrified God gasping and bleeding under the weight of what He is about to do. It breaks my heart, and I epithymia epithymeō to be beside Him and to hold Him and to beg for mercy with Him.

And then an angel appears. I can’t help but wonder if it’s the same angel who came to the despairing Elijah as he faced death. Luke 22 says that the angel strengthened Him and was with Him while He prayed His blood onto the ground. Moments later, Jesus rises to His feet and changes to course of humanity.

I nibble on the edge of the rejected pbj, weeping about Gethsemane, when an oddly motherly thought crosses my mind. “I’m glad He had eaten. He needed His strength.”

Perhaps He needed to take the advice of Elijah’s angel - to eat the Passover bread and drink the foreshadowing wine so that the journey wouldn’t be too great for Him.

So today I’m praying that I’ll follow His lead. Because so often, I reject the example of this humble Savior and act more like a rebellious “Baby Angel.” I nibble at the edges of Him, consuming just enough to be allowed to leave the table, and arrogantly resume my attempts to save the world. Of course, it predictably falls apart. The marriage and parenting and writing dominoes that I stack and arrange so neatly fall steadily one by one when I operate on an empty spiritual stomach. 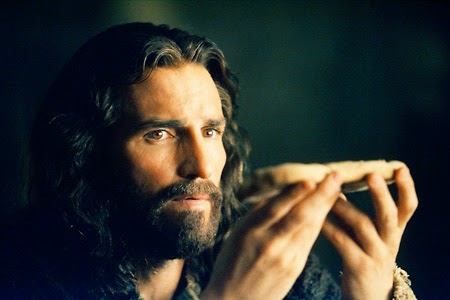 Because “how will you be strong if you don’t eat?”

So lets come to Him today. Let’s greedily snatch the cup and the bread that He passes around, and let’s get drunk on redemption of our God.

So do I.
By Jared Totten