God is not dead 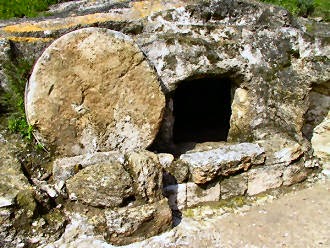 I’ll be honest, most Christian-message movies make me cringe. I get “embarrassed chills” as my kids like to say, at the bad acting. I sigh at the limp writing, and struggle with the Captain Obvious plot. But there are exceptions, and I would add “God’s Not Dead,” the surprising hit to the short list of good “Christian films.” As of last weekend, this$2 million movie had grossed more than $40 million at the box office. The movie follows the story of a college student named Josh Wheaton, played by Shane Harper, who has to decide whether to go along with his philosophy professor’s (Kevin Sorbo) challenge to write “God is dead” on a piece of paper and sign it. Josh is the only student in the class of 80 who refuses, and the rest of the movie tells the story of what happens when he challenges the professor. It is well acted and written, in my unprofessional opinion. It is a hit among believers, for obvious reasons. But there are some parts of it that are far-fetched. (spoiler alert)

It is far-fetched that two of the three most vocal atheists in the movie would convert, one in his final minutes after being struck by a car, and the other after interviewing the Newsboys backstage before their concert.

It is hard to believe that every single one of the students in the philosophy class would stand and say they believed in the existence of God, after Josh’s arguments. They had an atheist professor who had promised to make life miserable for any who challenged him. Josh’s argument is excellent, and worth the price of admission. But I’ve seen college students give excellent speeches on the existence of God, on the deity of Christ, on the evidence for the resurrection. In each case, some of the listeners were moved by the arguments, and others remained steadfast in their opposition.

There was much about the movie that was not far-fetched. It is not a stretch at all to imagine a college professor so brazen that he would demand students reject faith in God. It is fine for a religion or philosophy professor to challenge his students to read the works of Bertrand Russell or David Hume and consider their arguments against God. It is not fine, but it happens, for a professor to say on the first day of class, “My goal this semester is to separate you from your faith in an ancient book, written by men, and from a fairy tale belief in God.”

It is also not far-fetched to believe that taking a public stand for your faith in Jesus will cost you something, especially on a college campus. That begs the question: Are we training the next generation to know what they believe, and why?

It would be worth your while to go see the movie. Even better than that, go hear a sermon tomorrow morning on the resurrection. Best of all, call someone who doesn’t go to church and ask if you can pick him or her up on your way. Most of Alamance County plans to sleep in, watch TV, play golf, work in the garden, and do a number of other things tomorrow morning that do not include going to church. We can shrug our shoulders and head off bravely to hear about the greatest news the world has ever heard. Or we can give our friends a call and invite them to hear it, too.

Why would we do that? Because, God’s not dead. That truth changes everything.
By Mark Fox