The 'A' has been provided 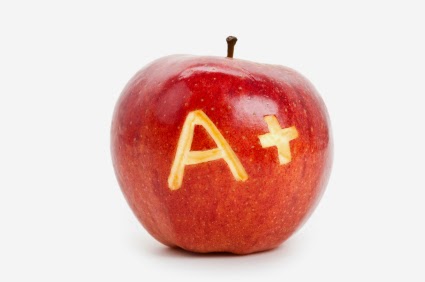 Charles Stanley likes to tell the story of how a professor in seminary showed his class in a very practical way what grace looks like. At the end of his evangelism course, the professor would distribute the final exam with the caution to read it all the way through before beginning to answer it. This caution was written on the exam as well. As the students read the test, it became unquestionably clear to each of them that they had not studied nearly enough. The further they read, the worse it became. About halfway through, audible groans could be heard throughout the lecture hall. On the last page, however, was a note that read, “You have a choice. You can either complete the exam as given or sign your name at the bottom and in so doing receive an A for this assignment.”

They sat there stunned. “Was he serious? Just sign it and get an A?” Slowly, the point dawned on them, and one by one they turned in our tests and silently filed out of the room.

When Stanley talked with the professor about it afterward, he shared some of the reactions he had received through the years. Some students began to take the exam without reading it all the way through, and they would sweat it out for the entire two hours of class time before reaching the last page.

Others read the first two pages, became angry at how ridiculously hard it was, turned the test in blank, and stormed out of the room without signing it. They never realized what was available, and as a result, they lost out totally.

One fellow, however, read the entire test, including the note at the end, but decided to take the exam anyway. He did not want any gifts; he wanted to earn his grade. And he did. He made a C+, but he could easily have had an A.

This story illustrates many people’s reaction to God’s solution to sin. Some people look at God’s standard — moral and ethical perfection — and throw their hands up in surrender. Why even try? Others are like the student who read the test through and was aware of the professor’s offer but took the test anyway. They gritted their teeth and bowed their will to the impossible task of earning an A. They were unwilling to simply receive God’s gift that had already been provided, through the sacrifice of the only One who could provide it. “God shows His love for us in that while we were still sinners, Christ died for us.”

I don’t like to read the directions for anything, and can point to a pile of rubbish in my wake that I tried to fix. Like the basketball goal with its one million parts, that only got together because Jim, my neighbor, came to my rescue. Before he showed up, I was trying to figure out how to just nail the rim up over the garage door without my wife and kids noticing. “Hey, Dad, I thought the basketball goal was going to be on the driveway. And wasn’t it the kind that we can move around and move the basket lower if we want to?”

I can look back at that story and laugh at my ineptness when it came to fixing things. Which, by the way, has not improved with age. But there’s nothing funny about the eternal mess our souls are in. The directions are clearly spelled out. You can’t plead ignorance. The “A” has been provided. Swallow your pride and start your new life.
By Mark Fox