The Lord provides for His people 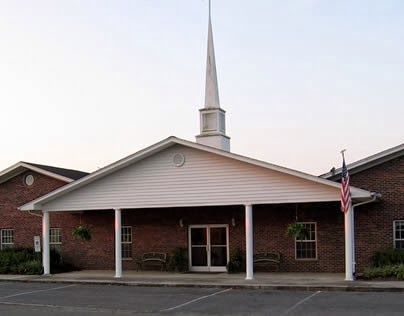 It was the spring of 2002, and Antioch was looking for a permanent place to meet. We had met in nine different locations for Sunday services, set up chairs and sound equipment for 15 years, and were ready to find a place we could call home. That’s when we saw the for-sale sign on the Nazarene church property. They were building another church facility a few miles away, and agreed to let us lease their building while the new place was being completed.
“The only thing is,” they told us, “we really want to sell. We are going to continue to market the property until a buyer comes along.”

Sure enough, we had not been in the new location long before the pastor called, asking if he and his leaders could meet with our elders.
The meeting was short and to the point. The chairman of their board started the conversation:
“Gentleman, as much as I hate to say this, we have an interested buyer for the property. We would much rather see a church remain on this land, but we also have to think about our needs. And our need is to pay off the bank, so we are going to have to accept this offer. Unless your church would be willing to go to the bank and get a loan.”

The three of us looked at each other and smiled. We believed that God would provide for us as He always had, He would open a door that no man shuts and He would close a door that no man opens.
Thank you,” we responded. “But we will not go to the bank for a loan. We would like to have our 60 days to pray and seek the Lord, though.”
They agreed and we reported to the church the very next day. Sixty days later, I called the pastor and told him that we would not be able to exercise our option to purchase because we didn’t have the money. He assured me that it would still be several months before we would have to move out. There was one thing in the whole process that the pastor did not mention because it was just a formality. The church building is in a neighborhood, zoned single-family. The developer planned to erect apartment buildings, so the property would have to be rezoned to multi-family.

The zoning board refused to do it.

You know, that’s just like God. The town stood to receive tax revenue if this land was converted from church property to commercial. Still, they refused to rezone. I don’t care what anybody else calls it; I call that a miracle. But there was more.

The pastor asked if we could meet again. They had decided to let us stay indefinitely and pay rent. Every penny we had paid until that point, and every penny we would pay in the future would go towards the purchase price of the property. We would pay no interest at all, we would never have to borrow money, and the monthly lease price would be reasonable, lower than the going rate for commercial property.
When the church heard the news the next time we gathered for worship, they rejoiced in what the Lord had done. To this day, whenever I tell that story, the hearer is amazed at what the Lord did. “That’s a miracle!” is the response I most often hear. And it is. And as of yesterday, the property is fully paid for.
We say with the Psalmist, “This is the Lord’s doing; it is marvelous in our eyes.”
By Mark Fox