Kill your pride before it destroys you 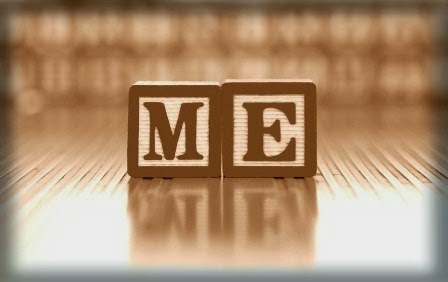 The story of Herod vs. God is a fascinating study in man’s pride. Read about it in Acts 12, where Herod seized one of the apostles, James, and had him beheaded. One reason for Herod’s murderous action is revealed in the story: “When he saw that it pleased the Jews, he proceeded to arrest Peter also.” Herod had a hunger for the praises of men that fueled everything he did. I would submit to you, dear reader, that those who live for the praises of men cannot live for the purposes of God. The two are aggressively opposed to each other. Jesus said to the self-promoting Jews of His day, “How can you believe, when you receive glory from one another and do not seek the glory that comes from the only God?” In other words, you cannot believe if you seek the favor and approval of men instead of the favor and approval of God. Herod was consumed by his own pride.

Later in the story, we see it again, as he gives a speech to the people of another country who came to him asking for help. They needed food, and he controlled the place where there was a supply, so they had to come and beg. There’s nothing that pleases a proud person more than to have people under his control. People who cannot make a move without his permission. People who walk on eggshells around him for fear that they might say something that upsets him or makes him lose control, or go silent and withhold his love. A proud pastor will swell up when he hears the people praise him and will do a slow burn when he hears that another church is doing well. A proud parent will punish children who fall into disfavor by using the silent treatment, withdrawing love and affection and words of affirmation, “to put that child in his proper place.” A proud spouse will do the same, and will almost burst into applause when the other spouse messes up and has to come and ask forgiveness. In the proud person’s twisted thinking, that means that he has some extra capital; he has seized the high ground, and he loves it.

Push others down. Push self up. That’s how Herod lived. The pinnacle came when he gave an oration to the people who had come to beg for help, and they cried out, “The voice of a god, and not of a man!” Did Herod fall on his face in horror and tell them to stop what they were doing? No. Like any one of us who gives pride its full measure of control, Herod wanted to be God.

Read the chapter: Herod’s end is not pleasant. God demonstrated in no uncertain terms that He always wins, and those who oppose Him always lose. This is mercy for us, so that when we see the smallest pinprick of pride starting to show itself in our own hearts, we will deal with it immediately. A preacher who was dealing with a sin issue in his sermon had a lady approach him after the service, highly offended, to say, “Pastor, are you trying to wound my pride?” And he said, kindly, “No, dear lady; I am trying to kill it.”

Kill your pride before it kills you. If we give into it, it will take us down the same road that Herod walked, and like Herod, God will put us in our place. Jesus said it plainly: “Everyone who exalts himself will be humbled, and he who humbles himself will be exalted.”
By Mark Fox