It’s all in the follow-through 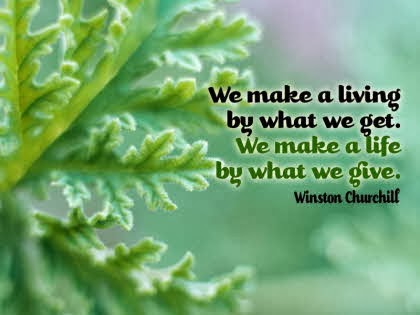 How many times have you wanted to do the right thing, but you did not do it? You thought about it. You even decided, “Yes, I will do this.” Then the thought fades, the desire dries up, and the next thing you know it is a week later and you remember the desire you had and wonder why you never followed through. “Oh well,” you think. “Maybe this week.”

Follow through. It’s the key step in anything, isn’t it? You have a desire to grow in your knowledge of the Bible? Follow through and read it. You have a desire to be faithful to the local church? Follow through and go. You have a desire to be generous in your giving to God’s work? Follow through and give. Paul wrote this to the church in Corinth about giving: “So now finish doing it as well, so that your readiness in desiring it may be matched by your completing it out of what you have.” In other words, follow through, church! As the saying goes, “Crying babies and good intentions ought to be carried out immediately.” As Vance Havner said, “Don’t be a son or daughter of ‘I will arise.’” The prodigal son is not famous because he had a desire to repent but never followed through. Interestingly, the prodigal son came home for the very same reason that faithful Christians give: because he knew the father first loved him. Alistair Begg said, “It is ultimately what we know of God that stirs our heart to the necessity of generous giving.” Do we know God in such a way that has freed us up to give ourselves and our money generously to Him?

I realized long ago that men are particularly prone to suffer this malady: “If I have thought about it, and agreed that it is a good thing, that’s the same as doing it.” I know women probably do this too, but I don’t have the same sample size on that research. But men do it. A lot. For example, I have thought about being a bold proclaimer of the Gospel with the person in the checkout line, even sometimes to the point that I think I have done it. Often. The truth is, I have done it in my mind 1,000 times for every one time I have actually opened my mouth to speak. Here’s another, more personal example. I realized a few days ago when Cindy and I were having a heart to heart that I thought I had my FOMO (“fear of missing out”) under control and that I really didn’t look at my phone that much when I was around her. Nope. I had to check my bags on Reality Airlines and admit to her, and mostly to myself, that it was a problem. So I made the promise … and told her I might need help and I might go through withdrawals…but that I would put my phone and iPad away when I get home from work, and only check once before bed for urgent messages that need a reply.

What action do you need to take in order to become a faithful giver? It’s all in the follow-through.
By Mark Fox