Take some time to look back 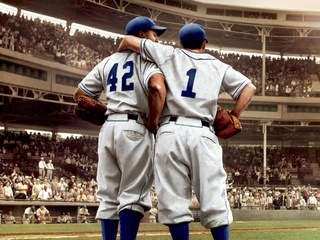 Every year I look back at the lessons the Lord taught me the year before. I offer six today for your encouragement. If you want to hear the sermon where I explained each in more detail, you can go to www.sermonaudio.com

Friendship is a sheltering tree . That’s from a poem by Coleridge, but the truth is all through Scripture. We need friends who know us very well and can speak plain truth into our lives. Solomon said, “Two are better than one, because they have a good reward for their toil. For if they fall, one will lift up his fellow.”

Endure suffering . Suffering is part of life and we can run from it or we can endure it. A man or woman in a tough marriage can run away, but rather than ending the suffering, their flight simply spreads and deepens it. I wrote in my journal last year, “It occurred to me this week that if we don’t endure suffering, we will most likely be the cause of suffering for others.”

There’s no equal to a father’s influence . There’s a powerful scene in the movie “42” where a father and his young son are sitting in the stands, talking about the Brooklyn Dodgers’ shortstop, Pee Wee Reese. “How many hits do you think he’ll get tonight, Dad?” the boy asks, and it’s clear that Reese is his hero. Then, Jackie Robinson comes out to play first base for the Dodgers. The father starts yelling at him, calling him the N-word, screaming, “You don’t belong in baseball!” The boy is troubled at first. You can tell that in his heart he knows his father’s behavior is not good. But soon he joins in with dad, calling Jackie Robinson the N-word himself, angry face and all. Then it happens. Pee Wee Reese, the boy’s hero, comes over from shortstop, talks to Jackie Robinson to encourage him while the crowd is yelling racial slurs at him, and puts his arm around Jackie’s shoulders. The crowd goes nuts, booing Pee Wee Reese, as the camera focuses on the boy. You can see the conflict all over his face: His hero likes a black man! It’s a great scene, and it showed me again that there’s no equal to a father’s influence. The head of the family has been given tremendous authority. If he uses that for evil, as the father in that scene did, he leads his family into evil. But when he uses his authority for good, God gives great grace.

“Wherever you are, be all there.” It’s a favorite quote of mine, from Jim Elliot. Take a look at Jeremiah 29:4-9, and count the six things we are supposed to do and not do, we who follow God and live in a world that doesn’t. Half the battle is just showing up.

“For the sake of Christ, be content with weaknesses.” It was a year of physical challenges, as this old body starts to show its age. I am grateful for what Jesus taught Paul about this in 2 Corinthians 12. It is true that our weaknesses magnify the Lord’s greatness.

There’s no plateau for believers. A child fell out of his bed and when his dad asked why, he said, “I guess I fell asleep too close to where I got in.” If a Christian is not growing, that may be the reason. We cannot fall asleep. We are either growing up in Jesus or we are falling away.

What are the lessons you learned last year? Take some time to look back.
By Mark Fox