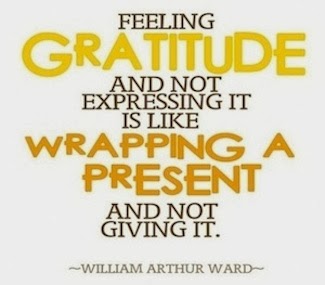 I don’t even remember what Cindy and I were fighting about now. But I remember what happened to end the fight. It was 11 years ago, in the fall of the year. Jesse was 9 then, and he had already had three “febrile seizures,” where his fever spiked and he went into convulsions. His first one was when he was 18 months old, and it happened right after church on a Wednesday night, in our kitchen. The next two happened during a Sunday morning service. Seriously! He stopped those meetings cold, at least until we got things under control. The last one happened at home again. I put Jesse in an ice bath to try to get his fever down but he would not come out of the convulsion, so I called 911 and the first responders got there quickly. After we had been at the hospital for a few hours, two grateful parents took their 9-yearold home and thanked God that everything was fine. We learned two things that night. First, an ice bath is probably overkill, as I’m not sure Jesse was shaking because of the seizure or because he was freezing to death. Probably just a cool bath would have done the trick. The second thing we learned was that most of what we fight about in marriage just isn’t important.

Cindy and I could not relate any more to the anger we had felt toward each other in the hours before the seizure occurred. I remember a sweet hug and a “Will you forgive me?” spoken almost in unison.

May I gently suggest to you, dear reader, that most of what you are upset about right now, in the grand scheme of things, just does not matter? Use the “11-year rule” from my story as an example. Eleven years from now, will you even remember what you were fuming about? Hey, if you have my memory, you can use the 11-day rule! Either way, whatever has your shorts in a wad right now will be long gone in mere days or months and it just won’t matter. So you really have the choice of either maintaining your anger just as a “matter of principle,” or doing the mature thing and putting it away for good.

Gratitude should be a powerful motivator. That’s why Jesus asked, when only one of 10 lepers he healed came back to say thank you, “Were there not 10 cleansed? But where are the nine?” Robert Capon wrote, “A person who is ‘well enough to enjoy the blessings’ expresses gratitude to the source from which it comes.” There were ten requests for mercy and healing and only one who returned to express their gratitude.
While the other nine lepers may have been grateful, only one returned to say "thank you."

Gratitude should be a powerful motivator. That’s why Jesus asked, when only one of 10 lepers he healed came back to say thank you, “Were there not 10 cleansed? But where are the nine?” have been grateful, only one returned to say “thank you.” Why not try this experiment? Send a note of thanks to 10 people this week who have influenced you, blessed you and been an encouragement to you. But don’t limit that list of 10 to friends and loved ones. Send a few notes also to people from whom you have become estranged, people who have hurt or disappointed you in some way, people that you might even consider to be your “enemies.” Be careful not to bring up past offenses. Just be grateful and express that, as simply and as honestly as you can. You never know what God might do with such an act of humility. Someone once said that God has two dwelling places. One is in heaven and the other is the thankful heart.
By Mark Fox