This, this is Christ the King 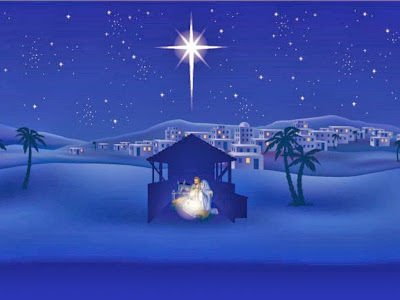 Have you ever wondered about the particulars of Christ’s birth, and why God did it this way? I have. Caesar Augustus decreed that the world should be registered, so every household had to travel to the city of his ancestry. That meant Joseph had to leave Nazareth with his betrothed, Mary, who was pregnant, and travel 90 miles to Bethlehem, for he was “of the house and the lineage of David.” Here are some of my questions.

Why Bethlehem? Well, the big reason is that God keeps His promises. He had spoken to the prophet Micah about this 700 years earlier, saying, “But you, O Bethlehem Ephrathah … from you shall come forth for me one who is to be ruler in Israel, whose coming forth is from of old, from ancient days.”

Why Nazareth? I mean, why didn’t God just choose a woman in Bethlehem to be the mother of Jesus? And if it was Mary whom God wanted, why didn’t God have Mary born and raised in Bethlehem? Why Nazareth? You can look for yourself, but there is no prophecy about Nazareth in the Old Testament. And when Philip told Nathanael years later that he had found the Messiah and where he had grown up, Nathanael spewed his coffee and said, “Can anything good come out of Nazareth?”

Why a census? Why a decree from the Roman emperor that everybody in the whole Roman world would have to go to the city of his or her ancestry? Yes, God had to get the mother to Bethlehem, but why make the whole Roman empire get up and go somewhere? Why not just have Joseph and Mary go home to be “close to family” for the baby’s birth?

Why a “no vacancy” sign? Why was there no place to stay in Bethlehem when they arrived? John Piper wrote, “Now you would think that if God so rules the world as to use an empire-wide census to bring Mary and Joseph to Bethlehem, he surely could have seen to it that a room was available in the inn. Yes, he could have. And Jesus could have been born into a wealthy family. He could have turned stone into bread in the wilderness. He could have called 10,000 angels to his aid in Gethsemane. He could have come down from the cross and saved himself. The question is not what God could do, but what he willed to do.”

Why Bethlehem, why Nazareth, why a census, why a stable? He did it first for His glory.

The second reason? “For you know the grace of our Lord Jesus Christ, that though he was rich, yet for your sake he became poor, so that you by his poverty might become rich.” He came as He did for your sake and mine, because we are sinners who desperately need a Savior.

“Why lies He in such mean estate, where ox and cattle are feeding? Good Christian, fear; for sinners here, the silent Word is pleading.”
By Mark Fox