The ‘dangers’ of Christianity 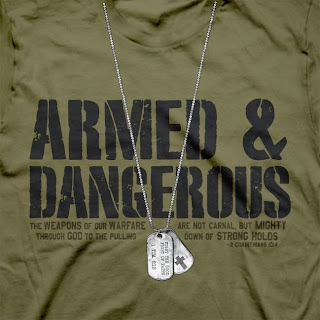 Twenty years ago, The New York Times ran a full-page ad for Columbia University. It advertised seven fields of study in which a person can get a Master of Arts in Liberal Studies: American, Ancient, East Asian, Islamic, Jewish, Medieval and South Asian Studies. Richard John Neuhaus spotted this ad and wrote an editorial about it, asking, “Where is Christian Studies?” He pondered four possible reasons and then settled with this one:

“Nervousness is caused by the awareness that there are an awful lot of people who really believe in Christianity. The university is a cosmopolitan space where ‘religious traditions’ can be subjected to critical examination but are not to be taught as though they might be, well, you know, true. Even in religious studies departments, faculty members who are Hindus, Buddhists, and believers in Mystical Crystals can quite openly profess their faith. Muslims and, usually, Jews can, too. Nobody raises a question about their ‘proselytizing.’ Not so with Christians. The fear is that Christianity might be taken altogether too seriously. The absence of Christian Studies in the Columbia program, it turns out, is not an insult to Christianity. Those of the other faiths, however might have reason to be offended.”

I think Neuhaus was right. We see his theory working itself out in universities everywhere whose religious life groups are being told by administrators that proselytizing at an event cannot be done unless the people who are being proselytized have come to the event knowing that there will be an attempt to convert them. Just wondering ... which religious groups are they concerned about?

At the same time, we see that even atheists are hungering for something deeper, though they would not agree that the “what” they are seeking is actually a Who. Some of you may have seen the article in the Times-News recently about Atheist Mega-Churches on the rise. Here’s an excerpt: “It looked like a typical Sunday morning at any megachurch. Several hundred people, including families with small children, packed in for more than an hour of rousing music, an inspirational sermon, a reading and some quiet reflection. The only thing missing was God.” One of the founders, Sanderson Jones, “got the inkling for the idea while leaving a Christmas carol concert six years ago. “There was so much about it that I loved, but it’s a shame because at the heart of it, it’s something I don’t believe in,” Jones said. “If you think about church, there’s very little that’s bad. It’s singing awesome songs, hearing interesting talks, thinking about improving yourself and helping other people — and doing that in a community with wonderful relationships. What part of that is not to like?’”

A man named Saul in the first century made it his aim to destroy the church, to put an end to the Christians’ proselytizing once and for all. Let me ask you something. Why was Saul persecuting the church? Was it because the church sang awesome songs, heard interesting talks, and got together to think about how to improve themselves and help others? No. Saul knew the church perhaps better than we did. He knew that if they were right, and that Jesus really was the Messiah and that salvation comes not through works of righteousness but by grace through faith, then his whole life was a pile of rubbish. That’s what he wrote later, after his conversion to Christianity: “Indeed I count everything as loss because of the surpassing worth of knowing Christ Jesus my Lord.”

Be aware of the dangers of Christianity. You might find that it is, well, you know, true!
By Mark Fox