When great fear came upon the church, community 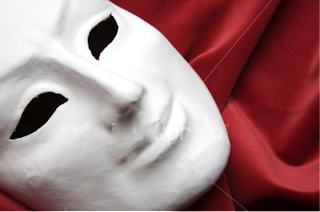 Last week, I wrote about the first church, and a man named Barnabas who sold a field and laid the money at the apostles’ feet. That created quite a stir, so Ananias and Sapphira decided to get in on the action. They hatched a plot to sell some land, pocket part of the money and then pretend they were giving all the proceeds to the church. Ananias must have beamed proudly as he laid the moneybag down, waiting for the praise of the Apostles. Perhaps his blood ran cold, however, when Peter said, “Ananias, why has Satan filled your heart to lie to the Holy Spirit?” Peter saw right past the pile of money and into Ananias’ heart. It had nothing to do with the money. Ananias and Sapphira had every right to keep all or part of it. The sin was hypocrisy. Ananias did not utter a word as Peter spoke. He just dropped dead at the apostle’s feet, possibly falling right on top of his money that he loved so much.

Meanwhile, back at home, Sapphira was excitedly awaiting either Ananias or someone else to appear at the door. She may have imagined one of the prominent wives in the church coming over to say, “You and Ananias are such mighty pillars in the church. You are examples to all of us. Oh, I am humbled by what you have done and I feel so selfish when I think about how little we give.”

Sapphira might have imagined herself blushing and responding with, “Oh, well, you know, it is all for God. To God be the glory! Ananias and I are nothing.” But no one appeared, not even Ananias. Where is he? After three hours, Sapphira couldn’t wait any more. She marched down to the church, only to find Peter and some of the other apostles looking rather grim. And sad. No Ananias, though. Where is he? Peter asked her, “Did you and Ananias sell the land for this price?” Sapphira might have thought smugly, “Now, I am going to get what’s coming to me! That’s why Ananias didn’t come home; he wanted me to come here and receive the same reward that he received.” She said yes to Peter, knowing it was a lie. That’s when her own blood ran cold, as Peter announced that the same young men who had buried her husband would be carrying her to the same place. Sapphira dropped dead.

The result of this severe mercy of God was that “great fear came upon the whole church and upon all who heard of these things.” I would say so. Not only that, “none of the rest dared join them.”

Oh, there were many who believed after this and came to Jesus Christ for salvation. But those who were just interested in playing church, those who believed that Jesus was a great guy but certainly not the only way to God, those who knew they were practicing sin and loved it … they did not dare come anywhere near. Vance Havner said about this, “There was a holy repulsion, and I know of nothing that the church needs more today. It is the last thing we think we need. We are always trying to attract. Our programs, prizes, picnics and pulpit pyrotechnics are aimed at drawing the people in. Here was a church that made people stand back! We have catered to the world, we have let the world slap the church on the back in coarse familiarity. Here was a church that prospered by repelling!” May God give the church what it needs today.
By Mark Fox