We need boldness against persecution 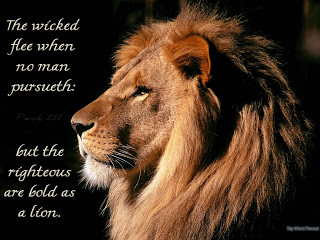 Every three minutes, in one of the more than 65 countries around the world that persecute Christians and the Christian church, a follower of Jesus Christ is put to death because of his faith. More than 175,000 every year. The 20th century was the bloodiest ever for Christians, as more followers of Jesus were put to death than in all of the previous centuries combined. The trend continues and the persecution is increasing.

It didn’t take more than a few days after the birth of the church in the fi rst century for persecution to break out.

It began after Peter and John healed a 40-yearold beggar who had been lame his whole life. The crowds in the temple were amazed and listened as Peter preached about Jesus to them, explaining that it was not he, Peter, but it was Jesus who had made this man well. “His name — faith in His name — has made this man strong,” Peter proclaimed.

That’s when the persecution started. As Peter was preaching about Jesus, the religious authorities had him and John arrested. The next day Peter and John stood before the Sanhedrin, who asked the apostles who gave them authority to do the things they were doing. Peter preached Jesus again, culminating with this statement: “There is salvation in no one else, for there is no other name under heaven given among men by which we must be saved.”

Do you get that? There is salvation. That’s paramount. But what is paramount is also exclusive: in Jesus only. There is no other name. And what is paramount and exclusive is also universal: There is no other name under heaven by which we must be saved. So much for relativism. So much for pluralism, at least inasmuch as God’s plan of salvation for mankind is concerned. How would the Sanhedrin respond?

They countered with their own “absolute” by commanding the apostles that they could not speak or teach to anyone in that name. At all. At any time. At any place. Interesting that what was paramount to the Sanhedrin was them speaking. They knew nothing about the First Amendment, had never even heard of the Bill of Rights. But they knew that if these followers of Jesus of Nazareth continued to talk about him, the religious apple cart would be upset. So they threatened the leaders of the movement, commanded them to stop preaching about Jesus and let them go.

You probably know what Peter and John did in response to their threats. They did what Americans have traditionally loved, and is in our DNA: Refuse to comply with the authorities when you know the authorities are wrong. They prayed for boldness, and God poured it out. So much so that they spoke about Jesus with the same passion someone might have if he had found the cure to cancer.

If you read on in the book of Acts, you will see that the same two apostles were called before the Sanhedrin again. This time they threatened them and beat them. Peter and John went away “rejoicing that they were counted worthy to suffer dishonor for His name.” Read a little further and you see the religious rulers upping the ante, stoning to death one of the followers of Jesus, and then scattering the rest, running them out of the region. In response, “those who were scattered went about preaching the Word.” So it has gone for two millennia.

The bloodlust of those who would persecute Christians continues. What the church needs more than anything is not relief from the persecution, but boldness.
By Mark Fox