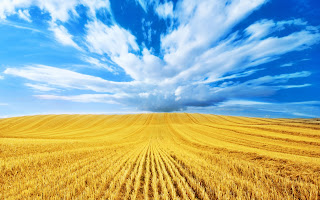 Gary Thomas tells the story in his book, “Sacred Marriage,” about two brothers who worked together during the day in a field and in the evening at a mill. Each night they divided up the grain they had processed. One brother was single and one was married with a large family. The single brother decided that his married brother, with all those kids, certainly needed more than he did, so at night he secretly crept over to his brother’s granary and gave him an extra portion. The married brother realized that his single brother didn’t have any children to care for him in his old age, so he went up each night and secretly deposited some grain in his brother’s granary. One night, they met halfway between the two granaries, and each brother realized what the other was doing. They embraced and as the old rabbinical story goes, God witnessed what happened and said, “This is a holy place — a place of love — and it is here that my temple shall be built.”

That’s a picture of what was happening in the first church in Jerusalem. The people were saved from sin and to a new way of life, even to the point that, “No one said that any of the things that belonged to him was his own.” That seems to be a contradiction in terms, doesn’t it? If what belongs to me is not my own, then it doesn’t belong to me, does it? Well, no, it really doesn’t. It belongs to the Lord. But at the same time, he lets us choose what we are going to do with those things that belong to him and are in our hands. He gives us stewardship over much. That’s what was going on in the new church. They were living out the reality of what Jesus had told them when he said, “It is your Father’s good pleasure to give you the kingdom. Sell your possessions, and give to the needy.” Because they believed this promise, that God would give them the kingdom, they were free to meet genuine needs in the church out of love.

I can imagine a conversation Peter might have had with an old friend he bumped into one day in Jerusalem. The friend says, “Hey, what’s this I hear about a ... what do you call it, a church? What’s going on with all you people who are following this Galilean guy around? What’s his name, Jesus? The dead religious leader. I mean, he was crucified, right?”

“Yes,” Peter might say, “but haven’t you heard? God raised him from the dead on the third day, and I saw him. I talked to him. I ate with him. Jesus is alive! And do you know what he is doing now? He is changing lives. Thousands of them. He has given us salvation, the promise of eternal life, and he has given us peace with God and love for God’s people. In fact, just the other day, a believer named Barnabas sold a field, brought the money from the sale, and laid it at our feet. All of it. He did that so people in the church who need food and clothing and are just struggling with basic needs could be helped. Not because he had to, but because he wanted to.”

The radical love of Jesus Christ leads to radical giving. He loosens our grip on things, and tightens our embrace on people. It doesn’t mean that his followers never own anything. It simply means that their things don’t own them. He does.
By Mark Fox