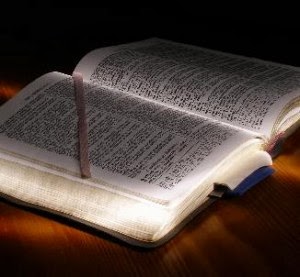 It’s like a movie plot, but more interesting because it happened. You can read about it in Acts 5. Evil men, “filled with jealousy,” are plotting to stop good men who are filled with the Holy Spirit. Evil sometimes triumphs, at least for a season, and the good men are arrested for teaching about Jesus and thrown into prison. They don’t even get to try the free breakfast, though, because in the middle of the night, God sends an angel to bust them out. Not a drop of blood is spilled. The angel just opens the locked doors and leads the 12 men out, presumably while the prison guards are standing right there beside the doors. It reminded me of Brother Andrew smuggling Bibles into communist countries in the 1950s. In his book “God’s Smuggler,” Andrew says he would often pray, “Lord, when You were on earth, You made blind eyes see. Now, I pray, make seeing eyes blind. Do not let the guards see what’s in front of them.” He didn’t even try to hide the Bibles, and for 35 years, the guards never saw them. Whether it is locked prison doors or not-so-hidden Bibles, God reigns.

The religious leaders of Israel (Sanhedrin) gather the next morning, thinking they have their enemies in the jailhouse, and they send for them to be brought over. A prison officer reports that the doors are locked and the guards are posted beside them, but the cells are empty. He exits stage left and another man enters stage right and announces that the 12 apostles who are supposed to be in the jailhouse are in the temple. Again. And they are teaching the people. Again.

The Center for Bible Engagement found in a recent survey of more than 80,000 U.S. households that most people who identify themselves as Christians don’t read the Bible in an average week. Their only “engagement” with the Bible comes Sunday morning. The study also revealed that there is a strong correlation between lack of Bible engagement and daily struggles with worry, gossip, fear, forgiving others and even with failing marriages and addiction to pornography. The behavior and lifestyles of those who don’t engage the Bible four or more times per week is almost identical to those who don’t believe in God at all.