When a lame beggar leapt for joy 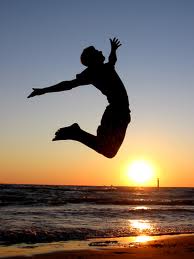 The man had never walked before, and he was more than 40 years old. We don’t know anything about the pain of his childhood that surely brought scars as he watched other children run and play while he sat and watched and wondered what it would be like. We don’t know anything about his young adulthood, when he had to watch the merchants and farmers and carpenters and fisherman hurry past him on good strong legs, rushing off to work that he knew nothing about. As was the Jewish custom, this man was forced to beg in order to survive. Every day he was carried to the gate of the temple where he asked devoted passersby for help. He was set down in front of the “Beautiful Gate,” the affectionate name of the eastern entrance to the Jewish Temple in Jerusalem, so named because it was covered with Corinthian brass. The rising sun shimmered on this magnificent edifice that stood 75 feet high and required 20 men to open. It was beautiful. And it was powerful. The contrast could not have been more striking — the beautiful gate and the broken man.

We read in the third chapter of Acts that Peter and John went up to pray in the temple, as was their custom, and they passed by the lame man being carried to his normal spot. The man did not even look at the two apostles, but repeated the words he had spoken thousands of times. Something about this story intrigues me. We know that Peter and John went to pray daily in the temple, and went through this particular gate often. They had surely seen this man before, many times. But this was the day that they really saw him. This was the day that God chose to give Peter faith to ask for this man’s healing.

Peter reached out his right hand and raised the man up, and an amazing miracle took place. There was no rehab needed for ankles and calves and hamstrings and quads that had never worked. Think of it. How many of you have children who just jumped up one day and started running, having never scooted, crawled, pulled up or walked? One minute your 5-month-old was lying on the floor, and the next he was chasing the dog out the door. Anybody? No, it takes months for a child to learn to walk. Not this man. Jesus healed him instantly and thoroughly. And for the first time, he got to enter the temple, where he was seen “walking and leaping and praising God.”

You want to know more about how God did it, and what happened next? Read Acts 3 and find out the rest of the story.
By Mark Fox