This is the best trade ever 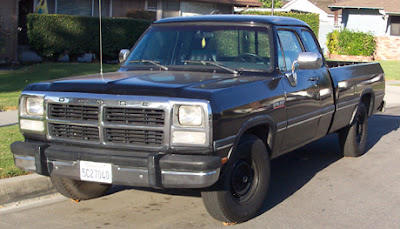 If you take a college course and fail it, there is a wonderful mechanism in place. It’s called “taking the class over.” Whatever grade you get replaces the F you received the first time. Amazing! The F is no longer on your transcript. Now there is a nice shiny D there. For some, that’s enough. Others will take the course a third time, hoping the upward trend continues. The old goes away and there is something better in its place. That’s a good trade.

In his book “Love Does,” Bob Goff tells the story of his son Richard playing the game “Bigger and Better” with friends. You start out with a dime and the winning team at the end of the day is the one who has come back with the biggest and the best thing. So, Richard went to the first door and said, “Hi, we’re playing Bigger and Better. I’ve got a dime and I’m hoping to trade it for something bigger and better. Do you have anything you can trade me?” The guy at the door had never heard of the game, but he got excited about it and yelled to his wife, “Hey, Marge, there’s a kid here and we’re playing bigger and better. What do we have that’s bigger and better than a dime?” Richard walked away with a mattress. He and his buddies went to the next door and traded the mattress for a ping-pong table. They wheeled the table to the next house and traded it for an elk head. Bob said, “How cool is that? I would have stopped there, but Rich didn’t.” He kept trading up and that night, when Rich came home, he didn’t have a dime or a mattress, a ping-pong table or an elk head, or the other five things he had traded up for. Richard drove home in a pickup truck. No lie. He started with a dime and ended up with a Dodge. Now, that’s a really good trade.

What was the best trade ever? Not the $24 Peter Minuit gave in trinkets to buy Manhattan from the local Indians in 1626, though that was a steal. Not even the two cents per acre we paid for Alaska in 1867, though that was a pretty good trade as well. No, the greatest exchange in the history of the world still takes place every single day, when someone trades his sin for Christ’s righteousness. Shame and guilt and eternal condemnation are traded in for freedom and peace and eternal joy. That’s what Peter meant when he said, “Repent therefore, and turn back, that your sins may be blotted out.” You come to Christ with nothing and walk away with everything that is his.

Let’s go back to the classroom again. It occurs to me that there is one case in which an F cannot be replaced even if you take the class over. It is called an “honor code F,” an F received because of cheating. That grade cannot be expunged, no matter how hard you plead or how many times you take the class over. No amount of effort on your part will undo the stain. It is blotted out only by the blood of Jesus.

He did. This is the best trade ever.
By Mark Fox