What makes our country great 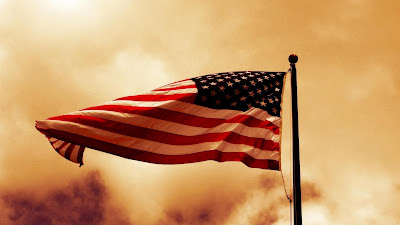 I just finished reading Ben Carson’s book “America the Beautiful” and will share some of it with you as we reflect on America’s 237th birthday. Ben Carson is the most famous brain surgeon in the world, a black man who grew up in Detroit and was raised by a single mom in abject poverty. He wrote his latest book to answer this question: “What was it about the United States of America — the child of every other nation — that was so different and so dramatically changed the world? For within only 200 years of the founding of this nation, men were walking on the moon, creating artificial intelligence and inventing weapons of mass destruction, among other things. In its relatively short history, America has transformed humankind’s existence on earth.”

There is no “third rail” that Carson is afraid to step on in this book. He writes about our history as a “rebellious” people, how the revolution against British tyranny led to our freedom, and he wonders if we will once again rebel against elements of tyranny that we see taking root in our current government. He takes on the addiction we have to special interest groups, calling them the “unintended fourth branch of government.” Carson challenges the mantra of many secularists who claim that the founders of this nation were not men of faith. He quotes Thomas Jefferson who wrote in 1781, “And can the liberties of a nation be thought secure when we have removed their only firm basis, a conviction in the minds of the people that these liberties are the gift of God?”

An interesting chapter in the book takes the reader through a brief history of public education in the United States. Alexis de Tocqueville came to our nation in 1831 to try to understand secrets of our enormous economic success. He was amazed at the school systems in America, and “he wrote extensively about what he saw as a unique and powerful tool to fuel a productive new nation. Unlike schools in Europe, American schools taught the children values, he noticed, and there was extensive use of the holy Bible in public schools.” The Frenchman wrote in his book, “Democracy in America,” “Upon my arrival in the United States the religious aspect of the country was the first thing that struck my attention; and the longer I stayed there, the more I perceived the great political consequences resulting from this new state of things. In France I had almost always seen the spirit of religion and the spirit of freedom marching in opposite directions. But in America I found that they were intimately united, and that they reigned in common over the same country.”

Tocqueville also wrote, “I sought for the key to the greatness and the genius of America in her harbors … in her fertile fields and boundless forests … in her public school system and institutions of learning … in her democratic Congress and in her matchless constitution. Not until I went into the churches of America and heard her pulpits fl ame with righteousness did I understand the secret of her genius and power. America is great because America is good, and if America ever ceases to be good, America will cease to be great.”

That truth is confirmed over and over in the Bible: “Righteousness exalts a nation, but sin is a reproach to any people.”

Have we lost what Tocqueville found? If so, I believe recovery must begin in the pulpits. When the church is revived through sound biblical preaching all across the nation, then the nation itself will be revived.
By Mark Fox