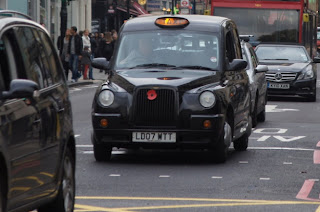 I had the opportunity to speak in Newcastle upon Tyne last month, and I will tell you more about that in a future column. Cindy and I decided to combine the ministry in the UK with an extended holiday in Europe, a second honeymoon, if you will. So after four days in London and the conference in Newcastle, we took a train up to Edinburgh, Scotland, where we would catch a flight to Paris. We had some time to explore Edinburgh before our flight, so we put our bags in “left luggage” (you have to love the common-sense expressions of the people of the United Kingdom), and headed for the Royal Mile. This is the main thoroughfare of the Old Town of Edinburgh, and connects the Holyrood Palace on the low end to the Edinburgh Castle at the top. We walked past ornate churches, bagpipers playing for donations, a man with a marionette, a headless man reading a newspaper (you had to be there), and shops, cafes, pubs, and restaurants. One of the most interesting things we saw was a man holding a huge yellow sign on the sidewalk that said, “John 3:7.” That’s part of a discussion Jesus had with Nicodemus when he said, “Do not marvel that I said to you, ‘You must be born again.’” We stopped and talked to the man and found out that he and others were starting a street church there, on that spot. We encouraged them in their work.

We took a taxi from the train station to the airport, and our driver told us his name was Mustafa Adam. When he said he was from Algeria originally I said, “Oh, are you a Muslim?” He smiled and said, “Yes, but you don’t need to be afraid.” I laughed and said, “Oh, we’re not afraid. Our eternity is secure in Jesus Christ.” That led to a conversation about faith that went for the whole 30-minute taxi ride, and it felt like a divine appointment. We discussed the difference between the two religions, and explained that Islam is man-centered (dependent on works) and Christianity is Christ-centered, based solely on faith in Christ’s complete work on the cross. One of the major differences between the two religions is that Muslims do not believe that Jesus is God, nor do they believe he died on the cross. Mustafa said, “I love him so much, I would not want him to die for me!” I answered, “But if he did not die for you, you are still in your sins and will have to pay for them for eternity.” Mustafa replied, “But I want to pay for my sins. That is what we teach our children, no? To pay for their mistakes?” I replied, “That’s a human argument. There is no way you or I could ever pay for our sins against God. Jesus had to do it for us. Salvation is found in no one else, for there is no other name under heaven given among men by which we must be saved, but the name of Jesus.”

When we arrived at the airport, Cindy had just said, “We believe Jesus will reveal himself to you, and we will be praying for you.” Mustafa thanked us and said, “I have never had a conversation like this with anyone in my taxi!”

We told him it was an honor.
By Mark Fox