How do we make important decisions? 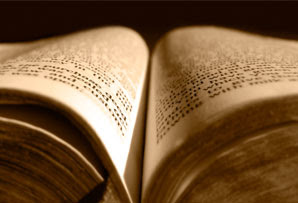 A young lady was sunbathing on the beach when a little boy in his swimming trunks, carrying a towel, came up to her and asked, “Do you believe in God?” She was surprised by the question but she replied, “Why, yes, I do.”

Then he asked her, “Do you go to church every Sunday?”

He then asked: “Do you read your Bible and pray every day?”

Again she said, “Yes,” but now her curiosity was very much aroused.

The little boy sighed with relief and said, “Will you hold my money while I go swimming?”

Now there’s a wise little boy. He wants to go swimming, but he also wants to keep his money. So we see him struggle through the process of making a decision about whether this stranger on the beach is a truth-teller. That’s what it came down to, for him: truth. It wasn’t enough for him that the woman claimed to believe in God. He was looking for proof, for fruit. His cross-examination was his way of trying to find the truth. That’s crucial for every one of us in every decision we make. What is the truth? And is there supporting evidence for that truth?

There is a great model for us in Scripture for how to make decisions. The almost-leaders of the nearly born first church had a meeting as they waited for God to send the Holy Spirit. They were faced with an important decision they had to make: How should they replace Judas Iscariot who had betrayed Jesus and then hanged himself? Here’s what they did.

First, they looked to Scripture. They believed the Word was clear that Judas had to be replaced so the 11 would again become the Twelve. This 12 would provide a foundation for the new church, with Jesus as the cornerstone.

Second, they used their common sense to put forward two candidates. If this man was going to replace Judas and be like the rest of them, he had to have the same qualifications they did. He had to have been with Jesus from his baptism through to his ascension. Maybe these two candidates were the only pair among the 120 who fulfilled the qualifications. Maybe there were many men who met the qualifications, but the 11 believed these two were the best candidates. I would love to know, but we are not told. So, they chose two, Joseph and Matthias.

Third, they asked Jesus to decide. That’s essentially what they did, because they cast lots, praying, “You, Lord, who know the hearts of all, show which one of these two You have chosen …”

Now before you run out and buy some lots to cast, there are a couple of things you should know. One, we have no idea, really, what lots were. I think you could substitute a pair of dice here, and be fine. But there’s something else you need to know. There is no record of the leaders of the church ever again making a decision by “casting lots.” The reason is simple: God sent the Holy Spirit to dwell in his people, to teach us, to give us assurance of salvation and to lead us. How do we make important decisions, then? We turn to the Scriptures, which is the truth. We use common sense. We pray. And by the way, you can’t skip the first and third and think you can rely on the second. Common sense that is not grounded in Scripture and bathed in prayer is nonsense.
By Mark Fox