God has one design for marriage

“So Boaz took Ruth, and she became his wife. And he went in to her, and the Lord gave her conception, and she bore a son.” 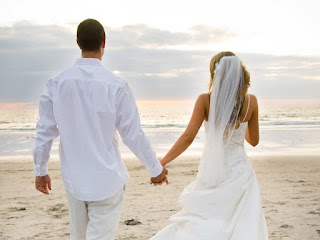 That statement of Scripture comes near the end of the wonderful book of Ruth. May I suggest three principles of God’s design for marriage that this story illustrates? First, we see that marriage by God’s design is between one man and one woman. “Male and female He created them. And God blessed them. And God said to them, ‘Be fruitful and multiply …’” God put Adam to sleep, took a rib and created a woman to be his wife. Some readers might scoff at this and say, “Adam and Eve are metaphorical people; they did not exist. They are simply constructs of the human imagination.” Let me ask you this, then, if you honestly believe that. When Jesus spoke of Adam and Eve, and Jonah, and many other Old Testament characters as though they were real people, was Jesus lying? Was he deluded? If you believe that, then there are much deeper issues at stake than whether you believe God has one design for marriage.

Second, we see that God’s design for marriage is that it is a covenant made before witnesses. The most important witness is God. That’s why we say in a wedding ceremony, “Dearly beloved, we are gathered together here in the sight of God, and in the presence of these witnesses, to join together this man and this woman in holy matrimony.” So, whether the wedding is held in a church building, like mine and Cindy’s, or in a garden, like Adam and Eve’s, or at a city gate, there should be a public declaration of vows. That’s why a man and woman promise to each other, out loud, “to have and to hold from this day forward, for better or for worse, for richer, for poorer, in sickness and in health, to love and to cherish, until death parts us.” They make those promises before God.

Third, we see that God’s design for marriage includes consummation after the wedding and as an essential part of the covenant relationship. Boaz and Ruth had sex after marriage, but not before. That’s God design. First the courtship. Then the covenant. Then the consummation. Sex was God’s idea, and it is a great one, but only within the confines of marriage.

The sofa and the rug and the walls are engulfed in flames. Same fire, wrong place. Now the fire is a tragedy that destroys the home.

When we remove the physical act of love from the spiritual covenant of marriage, it will destroy. Think of David, the man after God’s own heart. He did not court Bathsheba. He lusted after her. She was a pornographic image, if you will, whom David saw from his rooftop. He did not make a covenant with Bathsheba.

There were no wedding vows before witnesses. She was another man’s wife. There was only consummation, out of place. David took the physical and divorced it from the spiritual, from God’s design for marriage, and the fire nearly destroyed the house.

Want a good love story? Read the book of Ruth.