Dads are Plan A with a powerful backup 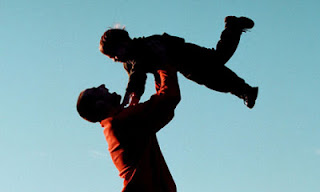 “It’s a good thing for kids to have daddies. They protect them.” Those words were spoken by my 3-year-old grandson, Blake, to his father. In a world increasingly losing its mind about the importance of fathers, leave it to a toddler to cut to the chase.

Ken Canfield writes, “The current and conservative cost of fatherlessness is estimated at $100 billion dollars annually. Though a signifi - cant sum, money cannot account for the staggering emotional and moral costs, as well as ‘loss of potential,’ that plague a child disconnected from his or her dad. Currently in America, at least 25 million children under the age of 18 don’t live with their natural father. Add the number of children who live with their fathers, but aren’t connected emotionally, psychologically or spiritually, and you have the dramatic majority of all children.” — The Journal of Discipleship and Family Ministry

Bill Glass spoke many years ago at a businessmen’s luncheon in Burlington. A consensus All-American football player at Baylor University, Glass was a member of the 1964 Cleveland Browns who won the NFL World Championship two years before the fi rst Super Bowl. After retiring from football, Glass traveled the world to preach the gospel and is perhaps best known for his prison ministry. He has met inmates in prisons all over the country and around the world, and the day I heard him at a luncheon, he said, “There may be a man in prison somewhere who doesn’t hate his father — I just have not met him yet.”

He told a story of a greeting card company that offered free Mother’s Day cards to violent criminals incarcerated in a maximum-security prison in Florida. Thousands of the men accepted the offer and sent cards to their mothers. The greeting card company, buoyed by their success, made the same offer for Father’s Day. Glass said, “Not one inmate accepted the offer. Not one man sent his father a card for Father’s Day.” Are there negative consequences in a home where dad is not involved and engaged emotionally with his children? Oh, yes.

What about the positive effects of a father in the home who is loving his children? Ken Canfi eld writes, “Infants who have time alone with their dad show richer social and exploratory behavior than do children not exposed to such experiences. They smile more frequently, in general, and they more frequently engage in playful behaviors with their dad. Children who sense closeness to their fathers are twice as likely to enter college or fi nd stable employment after high school; they are 75 percent less likely to have a child in their teenage years, 80 percent less likely to spend time in jail, and half as likely to experience depression.”

How important are dads? Let me ask you men something that I heard Todd Wilson say several years ago. “If you dropped dead this afternoon, God forbid, how long would it take for the place where you work to replace you? A day? A week? Maybe even up to a month if you have a really specialized job? But how long would it take to replace you in the home as a dad? Forever. You are irreplaceable!” Wilson went on to say, “Actually, someone would step in and take your place as a dad to your children: God. Have you ever thought about that, dad? You are Plan A in your house. God is your backup. That’s how important your job is.” Happy Father’s Day, and thank you to all you daddies who are protecting your children.
By Mark Fox