The problem with the law

“For what the law was powerless to do in that it was weakened by the sinful nature, God did by sending his own Son in the likeness of sinful man to be a sin offering. And so he condemned sin in sinful man” (Rom 8:3) 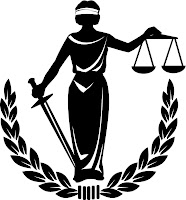 What is the law powerless to do?

The thing about the Old Testament law is that it was never meant to save. The whole point is that it proved we are sinful and that we have no hope of helping ourselves. It showed God’s standard to be absolute perfection and establishes that we can never meet that standard.

All have turned away,
they have together become worthless;
there is no one who does good,
not even one.”


The law justly condemns sinners to death, and we are all sinners. It is a reflection of God’s character: his perfection and holiness. Sin is the opposite, it is being out of line with his character.

How bad is sin?

We often have a very small and limited view of sin. We think we're actually OK deep down: we don't view ourselves as totally depraved, helpless and deserving only of wrath. One sin is enough for God to condemn us to hell for eternity. We can never pay the price to make us right in God’s eyes. I know from my life that no matter how hard I try I always slip into sin, often without realising.

How then can we be saved?

God provided a way for us to be saved. He sent his son as a man.

He did it to save those who would crucify his son out greed, pride and selfishness. That’s us! We are no better then the Pharisees were.

When it says "In the likeness of sinful man" that doesn't mean Jesus was sinful, but rather that he was born as a man in a body that was affected by the fall: It was weak, he got tired and hungry and he probably also got sick. He suffered like we do. He gets it. We have a saviour who knows our needs entirely and from first hand experience.

Jesus came, lived perfectly and died for us. He obeyed the law fully and therefore he alone did not deserve to die. As a result, by dying for us he "condemned sin in sinful man". Our sin was 100% dealt with in him. He was condemned for our sakes.

What a wonderful saviour! What a Mighty God! What a loving creator!

The whole point of Jesus' death was to free us from sin and it's eternal consequences. If we have truly put our faith in God, how can we justify living a sinful lifestyle?

Nathanael Muscat is in his last year of high school. He was brought up in a Christian home and accepted Christ as Lord and Savior as he was growing up. He started his blog, Only In Christ, about a year ago.
By Unknown