Naomi’s plan may surprise you 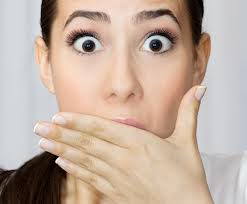 Read the book of Ruth for a great love story. But Naomi’s plan to help her daughter-in-law Ruth get a husband may surprise you at its boldness. It was a four-part strategy. First, she told Ruth to take a bath, put on some perfume and dress in her best. Now, that’s not a bad idea for a young lady who is looking for a husband, is it? Be clean, smell good and look nice. Dress attractively, not seductively. Women know the difference between the two, don’t they? So do men. The word that is used here seems to indicate Ruth was to dress in a way that concealed her identity.

One commentator said that she would have dressed almost like a Jewish bride did on her wedding night, with modesty rather than allurement. That would have protected Ruth from being identified if anyone did see her as she was hanging around in the dark, outside the threshing floor, waiting for all the men to finish their meal and go to sleep.

Part two of the strategy was important. Naomi told Ruth to wait until “he (Boaz) has finished eating and drinking.” When do a majority of arguments occur in the home? Right after the man, or the man and the woman, get home from work. He may have had a hard day. She may have, too. I can promise you that whether he had a tough day or not, when he walks through that door he has one thing on his mind: His stomach. He is hungry and is ready for a nice quiet meal with his family. The problem is, she may have one thing on her mind as well: Answers. She may want to know when he is going to fix something that is broken, discipline one of the kids or how they are going to pay a bill that has come in the mail that day. The husband and his wife have legitimate desires. But, the better part of wisdom is for everyone to be fed first. Get the blood sugar levels up to where they need to be. Get the stress level down to where it needs to be. Enjoy each other and the meal. Then address the issues of the day that need attention. Timing is important, and Naomi understood this.

Part three of the strategy was crucial. Naomi said, watch where Boaz lies down. Why? Because the last thing Ruth wanted to do was to uncover the wrong feet! No matter how dark it is, there would be no way to hide her embarrassment.

Part four was the key step: “Go and uncover his feet and lie down. He will tell you what to do.” What is going on here? Well, the story of Ruth is about more than one thing.

On the one level, it is the story of redemption. It is a picture of the humble sinner approaching the mercy seat of God, brought by his grace and being covered and protected by his Savior. On another level, it is a picture of a relationship between a Moabite widow and a Jewish man who was in a position to marry her if he chose to do so. She lay at his feet, perhaps, because she was humble, not presumptuous. She came to make a request, not a demand.

For the rest of the story, read the book of Ruth. You will see the humility with which Ruth responded to Naomi, the faithfulness of Boaz and the exciting way God brought a Gentile widow into the lineage of Jesus Christ.