The best display of love was at Calvary 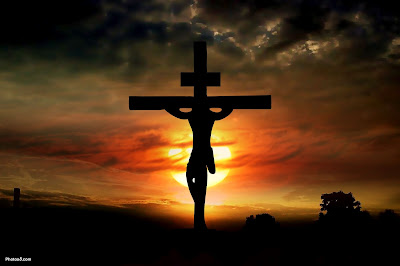 My students did impromptu speeches in my 8 a.m. public speaking class last week. Each student drew two topics out of an envelope, picked one, and then had three minutes outside the classroom to prepare a one-minute speech. One of the topics was, “Money makes the world go ‘round.” The student with that topic basically spent one minute saying the same thing over and over: “Yep. It does. Money is everything. It does buy happiness. Can’t get enough.” She was funny, in a sad kind of way.

Another topic was, “Love is not the stuff of pop songs.” The girl with that topic is a good speaker and she started with a bang, referencing people like Justin Bieber and Brittney Spears, saying, “No, these guys don’t have any idea what love is.” Yes! I thought. Then she paused, and I was hopeful … until she said, “Now, RAP, that’s the music that tells the truth about love!” I hung my head. I am praying for this generation, I really am.

But the sentiment of this generation is no different than the previous one, in which the British-American rock band “Foreigner” sang, “In my life there’s been heartache and pain I don’t know if I can face it again. Can’t stop now, I’ve traveled so far To change this lonely life I wanna know what love is I want you to show me I wanna feel what love is I know you can show me” It’s as true now as it has ever been. The world wants to know what love is. Is it the stuff of pop songs? Or rap? Is it defined by having everything your heart desires or could even imagine? Is it the sentiment expressed in the 1970s movie, “Love Story:” “Love means never having to say you’re sorry”? Or in this quote by Robert Frost: “Love is an irresistible desire to be irresistibly desired”? Or this one from Oscar Wilde: “To love oneself is the beginning of a lifelong romance”?

I would submit that none of those ideas come within a galaxy of what love really is. They are about as impressive in describing love as a paper airplane is in describing flight. Or “twinkle, twinkle little star” is in describing the expanse of the sky.

What is love? Who better to express what love is than the One who is love: God. “God, who needs nothing, loves into existence wholly superfluous creatures in order that He may love and perfect them. He creates the universe, (already seeing) the buzzing cloud of flies about the cross, the flayed back pressed against the uneven stake, the nails driven through the mesial nerves, the repeated incipient suffocation as the body droops, the repeated torture of back and arms as it is time after time, for breath’s sake, hitched up. … Herein is love. This is the diagram of Love Himself, the inventor of all loves.” (C.S. Lewis)

There is no place on earth where love is more on display than it was at Calvary, on a cross outside of Jerusalem, 2,000 years ago. That’s why Paul wrote, “For I delivered to you as of first importance what I also received: Christ died for our sins in accordance with the Scriptures, that He was buried, that He was raised on the third day in accordance with the Scriptures.”

That’s what love is. It’s what our heart craves, not the stuff of pop songs, but a perfect Love who died in our place and was raised from the dead. And that’s why I will be celebrating him with millions of others tomorrow.