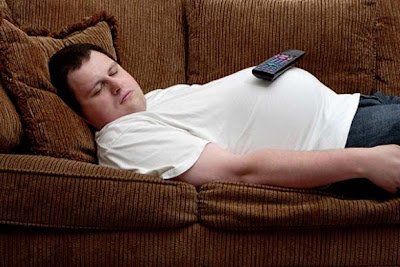 A study in the book of Ruth is so many things, but on one level it is a picture of diligence and initiative. When Ruth arrived in Bethlehem, she was an alien in a foreign land, and a widow. Her only connection in the nation of Israel — her new home — was Naomi, who was also a widow. That did not deter Ruth in the least from taking the initiative to go out and glean in the fields, so that she and her mother-in-law could eat. It was her diligence that caught the eye of the foreman of the field she “happened upon,” and that work ethic was reported to Boaz, the landowner: “She has continued (to work) from early morning until now,” the foreman said, “except for a short rest.”

A companion piece to this encouragement to work hard can be found in the New Testament in the book of 1 Thessalonians. Paul encourages the church to do three things. First, live quietly. Why not forget the foolish notion that to be useful you have to be noticed? Second, mind your own business. If we try to mind ours and others, we make messes of both. Third, work with your hands. The result is a good testimony with outsiders.

I remember it like it was yesterday. I had a summer job working in a factory at RJR Tobacco Co. in my hometown. There were other college kids like me working, and one stands out in my memory, but not because of his diligence. His motto must have been, “Never stand when you can sit, and never sit when you can lie down.” His job was to paint the guardrails in the factory, the ones that separated the floor where the forklifts roamed freely, and the walkways around the perimeter. The rails were probably 8 inches in diameter, and metal. He painted them yellow. With a brush. Lying down. Moving. His. Arm. Very. Slowly.

“I thought the boy was dead for a while there.” That was the comment of one seasoned veteran of Factory 51. I’ll call him Salty. He spit tobacco juice into the empty Pepsi can he was holding, and shook his head with disgust. “I tell you one thing,” Salty continued, as the others in the breakroom nodded, “If that was my boy, I would wear him out. He wouldn’t be too old to spank in my house, I can tell you right now. That boy is pathetic.”

Just as an aside, you may have figured out that this salty character from my past was not known for his timidity. His motto may have been, “Often wrong, but never in doubt.” One day, another man was complaining about his dog to the rest of us in the breakroom. “You want to know how crazy my dog is?” he asked. “When people ring the doorbell, he doesn’t bark. When they come inside and sit down to visit, he doesn’t make a peep or do a thing. But when they get up to leave, he bites them!” Most of us just laughed and shook our heads at the idea. Not Salty. He squinted at the dog owner and said with every ounce of sincerity, “You ought to shoot that dog.” Or actually, “that dawg.”

Well, the point is that whether you agree with Salty’s child training or his dog whispering, he was greatly offended by the college boy’s approach to work. If the college boy was a Christian, his testimony among outsiders was a lousy one.