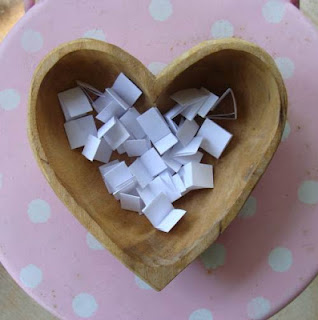 In a family history that one of my uncles did several years ago, he found this story. My ancestors came from Germany and Switzerland. The Germans were Moravians and they left their homeland to come to America in the 1700s. The trip on the sailing vessel “Sandwich” took 15 weeks from Holland to New York. Along the way, one of my relatives gave birth to a little girl, who died a few days later and was buried at sea. The mother also died shortly after, and was also buried at sea.

But another story caught my eye as I read about my past. It stood out especially as we have just begun a series of sermons that will take us through the book of Ruth.

It happened in 1787, when one of my ancestors approached the elders of the Moravian church in what is now called Winston-Salem and expressed his desire to be married. The elders must have agreed that this young man was a worthy candidate, so they wrote the names of all the single women in the community who were also ready for marriage on separate slips of paper. They put the names in a half-coconut shell and the young man drew one out. That was the woman he was to marry. At first, the young woman declined. Then two days later, she agreed to the proposition. But then my ancestor declined. Perhaps he thought, “Hey, she wasn’t so thrilled about being married to me when she first heard this. Well, believe me, she’s not the only fish in the sea. Or, Moravian in the settlement!” I have no idea if he said that or not. The record does show, however, that the young man came back to the elders two days later and had changed his mind, saying, “I believe it is the will of God for me to marry Anna.” The wedding took place less than one month after my ancestor first made his desires known to the elders.

The book of Ruth, on one level, is a love story. When Ruth first catches the attention of a man by the name of Boaz, the reader starts to wonder if there is the possibility of romance in the air. Ruth is a young widow from Moab who lost her husband after 10 years and then moved from Moab to Bethlehem with Naomi, her mother-in-law. Boaz is a respected man in the community, a landowner, and a man of influence. He is also a generous and a kind man, and when he sees Ruth gleaning in his fields, he asks one of his employees who she is. His heart is captured by this young widow, and he tells her that she can glean in his fields every day, and there is no need to go to others. He also warns the young men who work for him to leave her alone.

You will have to read the rest of the story to see how the “courtship” process works between these two. I will tell you this. It doesn’t involve a coconut shell and names on slips of paper, but it may shock you even more.

Both events, the Moravian romance and the Ruth and Boaz love story, illustrate for me the truth that marriage is built on the solid rock of commitment, not on the shifting sand of emotion. Is God against emotion? Of course not, it was his idea in the first place! So we see him adding emotion where there is commitment.

You fall in love with the one you give yourself to for life.