It is never too late to seek the Lord 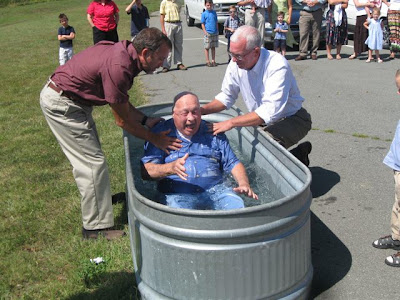 My relationship with Jerry and Frances began seven years ago with a handwritten letter. Frances wrote that she and Jerry read my column every week and said, “We love it.” Then she asked, “Would you be willing to come and talk with Jerry about salvation? He wants to go to heaven when he dies.” I called that day and went to visit them that week. That day, I had the privilege that every Christ-follower dreams of, to lead a man to a saving knowledge of Jesus Christ. Have you ever reached out to take a fully ripened apple from a tree and have it fall into your hands at the slightest touch? That’s what it was like that day with Jerry. He was ready. All I had to do was explain to him what the Bible means when it says, “for by grace you have been saved through faith. And this is not your own doing; it is the gift of God, not a result of works, so that no one can boast.” God had given Jerry the gift of faith, and his life was changed for eternity in a moment.

That was just the beginning of a relationship that I will always treasure, as I began to visit with Jerry and Frances almost every week. They were rarely able to come to church because of physical conditions, so my contact with them took place in their living room. It was not a hardship, believe me. I looked forward to it. We talked over the years about everything. Jesse James: Jerry is a distant relative. Jerry’s job as a cook for the general in the army. How he met and fell in love with Frances. Their pride in their two sons and their grandchildren. The many, many people that Jerry and Frances have known and loved over the years. It seems like every week I learned about another person they touched in some way. We talked about everything under the sun, but there was one consistent theme that came up over and over. Jerry and Frances wanted to talk about following Jesus. They asked questions often about the Bible, about faith, about heaven and about living a life that is pleasing to the Lord. It was my great privilege to play a part in discipling this couple, and especially Jerry as a new believer. It is also my great pleasure to be their friend.

Jerry got what he had hoped for just a few weeks ago. The Lord called him home at the age of 79, and Jerry went the way he had often told me he wanted to go: quickly. His son Jay was in the emergency room holding his hand when he breathed his last. The next sight Jerry saw, I believe, was the Savior, welcoming him to heaven with outstretched arms and nail-pierced hands. Jerry heard those words that we long to hear, “Well, done, good and faithful servant.”

At the memorial service, there was a lot of laughter, as friends and relatives shared some of their favorite stories about Jerry. The theme was constant: Jerry was a good man, a generous man, and he loved his family dearly.

Two thoughts keep coming to mind when I think about Jerry. First, I miss him, and it hurts to know I won’t see him again for a while. Second, God is so gracious to call to himself the young and the old. It is never too late, as long as we are in this body, to cry out to him for forgiveness from sin.