It takes a long time to grow an old friend 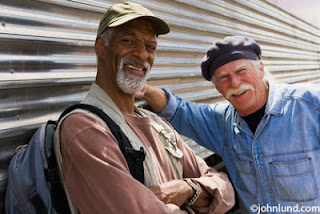 The Bible says “Job’s three friends” came to him when they heard of his great suffering. That made me wonder … did Job just have three friends? Or was it that he had three close friends, which are more than most people? I think of Jesus, who also had three close friends, Peter, James and John, when he walked the earth. Who are the three you would call “close friends?” The ones who, if you were afflicted as Job was, you would want them to come and be with you? By the way, I have heard that these three men were a great comfort to Job until they opened their mouths. Sometimes friends don’t need friends to talk, just to sit in silence, and suffer and pray with them.

It is interesting that Paul also wanted three friends to come and be with him in his last days in prison. In his final chapter, Paul specifically mentioned those men he wanted by his side. We can learn something from each request.

First, Paul says to Timothy, “Do your best to come to me soon.” Timothy was Paul’s spiritual son, a friend he had invested in through teaching, prayer, and ministry. You could easily make the case that there was no one Paul loved more. He told the church in Philippi that he was hoping to send Timothy to them because, “I have no one like him, who will be genuinely concerned for your welfare.” Timothy was a younger man, a disciple of Paul’s, and arguably his closest friend, even though the miles often separated them.

Second, Paul mentions Luke, who was Paul’s constant companion in his last years of ministry. Luke is the beloved physician who joined Paul during the apostle’s third missionary journey. You will notice the narration of the book of Acts (written by Luke) changes from thirdperson “they” to firstperson “we” in chapter 21. Luke was with Paul during some of his greatest struggles, and Luke was with Paul in prison. Not in the cell with him, but there for him every day. Luke was never mentioned by Paul as a great evangelist or an effective Bible teacher. He would not be remembered for that. He would be remembered for his ministry of presence and his acts of service. He helped Paul just by being there by his side.

Third, Paul asks for Mark. Really, Paul? This is the same young man who left you and Barnabas on the first mission trip, and when Barnabas wanted to take his cousin on the second journey, you said, “No way!” And then you and Barnabas split up. Is that right, Paul? Is this the same guy? Paul might reply to our questions, “No. He’s not the same guy. And neither am I. God has changed both of us.” This is an encouragement to me and it should be to all of us, because we all have our John Mark stories where we have failed miserably. Or someone else has been a John Mark and has failed us. Even though John Mark quit on Paul, he didn’t quit on God. And God certainly didn’t quit on him. Since that time, Mark had been Peter’s assistant, traveled with Paul, and is now preparing to write the second Gospel account. Mark’s failure in his early days of ministry was the back door to great fruitfulness. What a treasure is a friend! Samuel Taylor Coleridge wrote, “Friendship is a sheltering tree.” John Leonard said, “It takes a long time to grow an old friend.” The rewards of close companions, patiently cultivated, far exceed the labors.