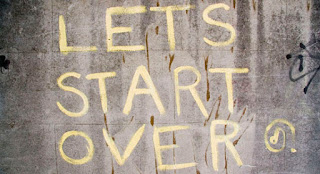 I had the opportunity to sit down this week with Phil Bowers, the director of Sustainable Alamance, a nonprofit that works with men and women who seek to re-enter the community after being incarcerated. I love their name: what better resource to ‘sustain’ than people! That is exactly what Sustainable Alamance is doing. Last year they were able to place thirty men and women into full-time employment, which will represent nearly a half million dollars in wages and thousands in taxes. Not to mention thirty people who will not be among the fifteen percent in Alamance County who live in poverty. Thirty people who will receive the dignity that comes with earning their own way. Thirty people who will be able to provide for their children and will almost certainly not go back to prison, which will save the state of North Carolina more than one million dollars in 2013. Here are just a few examples of how Sustainable Alamance is making a difference in our community.

Joseph is a man that has been given new life. Literally. Joseph was standing on a table with a chain around his neck about to jump off when he remembered someone telling him about a group that is willing to stand by men and women to help them out of their most desperate situations. Joseph took off the chain and went to his first Sustainable Alamance meeting. There he found a group that truly cared about him and believed in him. Joseph is now married, working full time and is taking a leadership role in Sustainable Alamance.

Maltese was a "federal level" cocaine dealer in the community with an income of about $300,000 per year. He realized that this was not going to be an ongoing enterprise when he began to notice the "same pair of sunglasses" in his rear view mirror every day. He was given a chance for reform through the US Dept. of Justice “Safe Neighborhoods” program and he came to Sustainable Alamance. After a series of temporary jobs, he is now enrolled in culinary school at the local community college, scheduled to graduate this year.

Tommy is a truly transformed man. He was a drug and alcohol abuser for 30 years, with countless nights spent in the Alamance County jail. Since joining Sustainable Alamance, he has come to know that his hope lies with Jesus, is working full time, has had his NC driving privileges restored, has restored his relationship with two daughters and walked his oldest down the aisle at her wedding. Tommy has now confidently accepted his role as mentor and father to his two children and continues to pledge his love for them day after day. (stories from sustainablealamance.org)

Phil has a vision to expand what the organization is able to offer. He sees a way to provide more low-cost health care for those in the community who need it. He has a desire to provide more urban farming opportunities where ex-offenders can grow and sell their own produce. He has a vision for helping many more who face difficulties even getting an interview with a prospective employer, much less a job offer.

Paul wrote that the church should “admonish the idle, encourage the fainthearted, help the weak, be patient with them all.” I appreciate Phil Bowers and Sustainable Alamance for coming alongside the church in this community to do those very things. I encourage you to go to their website, read about the ministry, and invite Phil to speak to your church. You may contact him at phil@sustainablealamance.org

J. Mark Fox is the author of A Faithful Man, and the pastor of Antioch Community Church on Power Line Rd. in Elon. You can tweet him @jmarkfox and can find all of Mark’s books on Amazon or other online sellers. Email Mark at markfox@antiochchurch.cc.
By Mark Fox