Christmas touches our need for transcendence 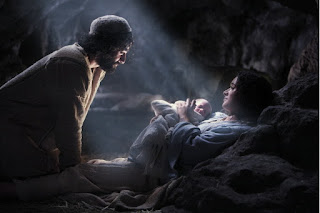 Why is Christmas more popular than it has ever been, while Christ, at the same time, is more ignored, if not vilified? Why is it that more and more people in our society say they do not believe in the Christian God, but interest in the “paranormal” is greater than ever? I had a student a few weeks ago ask the class how many of us believe in ghosts. She was going to do a persuasive speech on it and wanted to find out where her audience stood on the issue. There were 20 students and I in the class, and all but four of us raised our hands. “You don’t believe in ghosts, Professor Fox?” she asked me. “Well, I believe in the Holy Ghost,” I said. “Also known as the Holy Spirit. I know there are spirits that were created by God, and are called angels and demons.” Her eyes got big and she said, “You believe in demons? Have you, uh, you know, have you ever done an exorcism?” I told her that I do believe in angels and demons, and though I have never done an exorcism, I have seen a few people in other countries who were demon-possessed. At least, that is what the pastors in those areas told me, and the persons did seem to exhibit the same signs that demon-possessed people had in the Bible. My student was not done yet. She said, with a face that said “interested,” not “antagonistic,” “How do you know? I mean, how do you know there are demons?” I replied, “Because that’s what the Bible plainly teaches.”

Peter Berger, a well-known sociologist and professor emeritus at Boston University, identifies five facts about human behavior that, in his view, indicate the existence of God. He calls them “signals of transcendence” in his book, “Rumors of Angels.” The first is humanity’s passion for order, which Berger says points to a Designer. The second is our desire for play, which derives from our longing for eternal joy. Then there is our innate commitment to hope, because we will not believe that death has the final word. Berger wrote, “In a world where man is surrounded by death on all sides, he continues to be a being who says ‘no!’ to death — and through this ‘no’ is brought to faith in another world, the reality of which would validate his hope as something other than an illusion.” Fourth is our belief in the necessity of damnation for true evil. Berger wrote, “For instance, could there have been an earthly punishment sufficient for the heinous activity of the WWII Nazis? There are certain deeds that cry out to heaven... these deeds are not only evil, but monstrously evil.” Finally, there is the argument from humor. Berger says that when we laugh at our limitations, it is because we know that this imprisonment is not final, but will be overcome.

The Bible says, “God has set eternity in the hearts of men.” There is a longing in every creature for something more than this, a longing for the transcendence that can only be realized in God. That’s why Christmas is so popular, even among a people who have largely rejected the story behind the season. At the same time that they deny the Bethlehem baby his place in their hearts or in the city square, they long for everything he came to earth to bring us.

The light of Christmas shines in the darkness, and the darkness will not overcome it. The darker the room, the brighter the candle.

J. Mark Fox is the author of “A Faithful Man,” and the pastor of Antioch Community Church on Power Line Road in Elon. You can tweet him @jmarkfox and you can find all of Mark’s books on Amazon or other online sellers. Email Mark at markfox@antiochchurch.cc
By Mark Fox