The sweet freedom of forgiveness 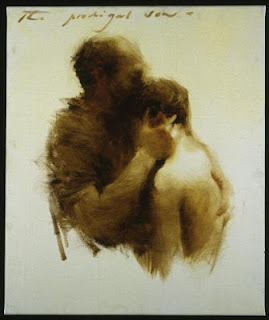 
C.S. Lewis said, “I think that if God forgives us we must forgive ourselves. Otherwise it is almost like setting up ourselves as a higher tribunal than Him.”

I love the story of the young boy who was throwing rocks one day down by the barn and he decided to do the very thing his father had told him not to: He took aim and fired off a few rounds at the chickens. Then, he was horrified when one of his salvos hit his father’s prize-winning rooster, a bulls-eye to the head, and the rooster fell over dead. The boy was sick to his stomach with fear, and tearfully replayed the event over and over in his mind, hoping for a different result. The bird was still dead.

So, the boy tried to cover his sin by hiding the rooster, but that didn’t work. He was miserable with guilt, and in bondage like he’d never experienced. He couldn’t eat, he couldn’t sleep, he couldn’t even play because of his guilt. So finally, he retrieved the evidence of his sin and went to confess to his father. To his surprise and great relief, his father embraced him, forgave him, and together they buried the rooster.

The boy was free again. He could eat, play, sleep and work without guilt. For a while. Then, he lay in bed one night and played back the tape in his mind of the rooster-slaying incident until, overcome with sorrow again, he went out into the moonlight and dug up the carcass. He carefully brushed it off, cleaned it up, put it in a box and carried it to his father, asking for forgiveness with tears. The wise Dad embraced his son once again and told him that he had already forgiven him, and together they buried the bird one more time.

All was well for a few days, until one of his friends began to ride the boy pretty hard about the rooster, reminding him of how many prizes it had won. The boy tearfully dug up the bird again, but it had decomposed badly in the summer heat. He cradled this object of his father’s past affection and went to pay for his sins once more.

You see, the boy had been forgiven by his father’s grace, though he didn’t deserve it. But he never released his guilt and accepted God’s gift. Because he was more me-focused than Godfocused, he fell right back into bondage by trying to “earn” something God had freely given.

The sweet freedom of forgiveness cannot come through the flesh, through our works, or through anything we do. The most precious of all freedoms can only come through the work that Jesus Christ did on the cross. Freedom and forgiveness are works of God’s grace! Stand fast, therefore, in the liberty by which Christ has made us free, and do not be entangled again with a yoke of bondage.