Paul offers three pictures of faithfulness in his second letter to Timothy, which are suitable for framing. The first, not surprisingly, is that of a soldier. The two things that mark a soldier’s life are suffering and obedience. Soldiers expect to suffer, or “take their share of rough treatment.” Not true of most Christians: An easy life is an expectation for some, and an entitlement for many. Secondly, soldiers are trained to obey. Therefore, they do not entangle themselves in civilian pursuits because their sole aim is to please the one who enlisted them.

As I studied this passage, I was convicted how easily I can become entangled in a civilian pursuit, namely, watching too much sports on TV. Some of you are clucking your tongues at me because you could not care less about sports. Not so fast, friend. Maybe you get entangled in the latest movies or TV shows. Or in checking Facebook 64 times a day. Or in talking on the phone for hours while you should be doing other things. Whatever our “entanglement du jour” happens to be, each one keeps us from effectiveness on the battlefield. If the soldier is marked by obedience, the athlete is marked by determination. 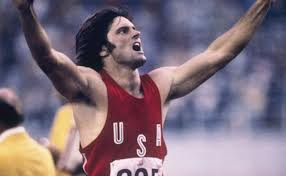 During the decathlon competition of 1974 between the U.S., Poland and the USSR, a friend of the U.S. coach asked him, “Who is the best athlete on our team?” The coach pointed to a slender man, muscular and athletic-looking. The friend asked, “Will he win today?” “No,” the coach replied, “that young man will win.” He pointed to another athlete. “He’s going to win because he has the strongest will to win. He is the most mentally tough competitor I have ever seen.” Sure enough, Bruce Jenner went on to win that competition, and then to become the gold-medal decathlete in the 1976 Olympics.

In order to “compete” as Christians, we don’t need to be the most gifted, or the smartest or the best. But we do need determination to train hard in His truth and compete according to the rules God has clearly marked out for us.

If it’s obedience that is needed for a soldier and determination for the athlete, it’s diligence that is needed most for the farmer. He works hard. He’s up before anybody else is up, and he’s still working when everybody else is watching TV or reading the newspaper. And, he often works alone. He is not afforded the camaraderie of the soldier’s unit or the teamwork of the athlete. It’s just day-to-day, almost every day the same, with lots of waiting and patience and hard work. But the Bible says his reward is coming if he is diligent.

No farmer can just go out and throw seed around and then go to his vacation home, expecting to come back three months later and reap a harvest. Neither can a Christian father or mother do that. Alistair Begg says he is afraid we are raising up a generation of young people who are experts in unfinished business. He loves to tell young people, “Finish the bowl of Rice Krispies. Don’t leave those little pieces in the bottom!” They ask why.

“Because you might not finish your marriage if you don’t,” he replies. Some laugh and say, “That has to be the greatest non sequitur of all time.” Maybe so. Or maybe it points to a serious character flaw that is trained into young people who are allowed to quit anything that is difficult.

Obedience. Determination. Diligence. Why not hang these pictures on your wall?