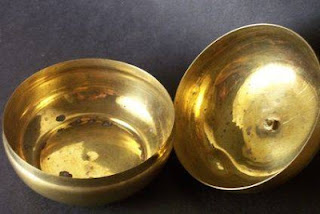 Aristotle said years ago that a person’s credibility as a speaker is a product of his character and his competence. Someone said years later, “Your character is who you are in the dark.” When no one is looking, the choices you make reveal your true character. Your competence is your ability. When Aristotle’s students asked the famous philosopher which of the two was most important, he said, “If you can only have one, have character.” He explained that people will be persuaded much more readily by an incompetent speaker who is an honest man than by a skillful orator who is a liar.


Given the landscape of politics and business and even church life that we see today, would the Greek great say the same? Probably since the Watergate scandal in the early 1970s, when Richard Nixon was caught in a coverup that eventually ended his presidency, the nation has repeatedly asked the question, “Is there a connection between character and performance?” And, “Should it matter how leaders carry on in their ‘personal lives?’”

Kent Hughes said the comparison is often made between an airline pilot and a head of state. “Who would you rather have at the control of the plane? A competent pilot with moral weakness or an incompetent pilot with moral character?” The problem with comparing a pilot to a president is obvious, isn’t it? Flying a plane is not an intrinsically moral task. But piloting a nation is. That’s why the Bible says, “When the righteous are in authority, the people rejoice, but when a wicked man rules, the people groan.” If we do even a cursory examination of why various kings of Israel failed, we find it was always because of matters of the heart, who they were, and not matters of intellect or ability. Their character was tried in the balance and found wanting, not their competence. Leading a nation is a moral task. The Bible makes that clear. So is leading a church. And leading a family. Even leading a business.

Paul compares the church to a “great house” in his second letter to Timothy, and in every great house, Paul writes, are vessels of honor and dishonor. Timothy would have known immediately what Paul was talking about. I think we do, too. In our basement, for example, we have dog bowls that Buddy and Ginger used before they went to their great reward. We have never once used those bowls to serve guests their soup. We don’t bring them up from the basement and serve our grandsons oatmeal in them when they come over. No, they are dog bowls. We also have fine china that we pull out for special occasions. We never once let Buddy or Ginger use those. There is a clear separation in the big house between vessels of honor and vessels of dishonor. It is the same in the church.

So, what does it take to become a vessel of honor in the church? Paul says it plainly: “If anyone cleanses himself ...” The offer is to anyone. Tax collectors like Matthew. Sheepherders like Amos. Fishermen like Peter and John. The offer has a condition: The one who is most useful to the Master is a clean vessel. Before you run to get the soap, the kind of “clean” God is talking about here is of the heart, and only He can do that. And He does, with everyone who comes to Him broken and repentant.