A four-year journey finds a beginning 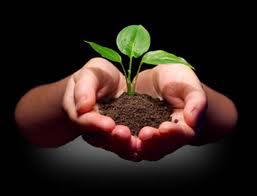 It was four years ago when I first met Brian and Karen. Like many people across the nation, they had the desire to be part of a church that doesn’t divide the family at the front door, where families worship together, and where young people are part of the body, not a separate entity with their own agenda.

Many call this the “family-integrated church” model. I wrote a book about it in 2006, where I told the story of how God had transitioned Antioch Church from program driven to family-integrated. Brian and Karen read the book (and other materials about the model), and it resonated with them. He was serving at the time as a college minister in Ohio, but a heart’s desire to be a pastor of a family-integrated church was growing in him. After serving as a pastor in New Hampshire, Brian and Karen moved to Burlington to join us. He said to me when they arrived, “We are hoping that we can start a new family-integrated church out of Antioch.” Some might hear that and read, “This guy wants to come in, get to know the people, and then steal a handful of families to take somewhere else … why, he’s a sheep rustler!” But that’s not the way we saw it.

We had planted a church the year before when five families were sent out to start Cornerstone Bible Church in Asheboro. Two years before that, we sent two of our families to join with a new work that a church in Raleigh was planting in Pittsboro. So, we were excited that God was preparing us to give birth again. We told God in the early days of Antioch that we didn’t have any interest in seeing how big we could get. He gave us a desire to follow the model set forth in the church that was in the Antioch of the Bible, as described in Acts 13. They were a sending church. They believed in multiplication, not addition.

So, when the Spirit spoke and said, “Set apart for Me Barnabas and Saul for the work to which I have called them,” they did not hesitate. They laid hands on two of their best men and sent them out to plant churches. Had those two men refused to go, or had the other leaders refused to send them out, would the church at Antioch have “exploded with growth” and become the place that everybody wanted to go to for miles around? Maybe. But that’s not what the Lord wanted. Not for that church, anyway. Not for us, either.

It took four years for the church plant to become a reality. Longer than Brian had hoped, and much longer than he had expected. There were earlier attempts to get the church plant off the ground, but the timing was just not right. Some families looked at it with interest in the beginning, but then they faded. Others said they were praying about it, knowing that it would mean leaving behind what was comfortable and established, and going to a place they did not know, where there would be months and maybe years of hard work to lay a foundation.

In the end, six families joined with Brian and Karen’s family to start Savoring Christ Church in Greensboro. They had their first meeting last Sunday evening at the Piedmont Baptist Association’s gymnasium — just off the Lee Street exit at 2009 Sharpe Road.

Want to go? I know Brian and Karen would love to meet you. They are grateful to God that their four-year journey has found a beginning. J. Mark Fox is the author of “A Faithful Man,” his latest book, and the pastor of Antioch Community Church on Power Line Road in Elon. You can find all of Mark’s books on Amazon or other online sellers. Email Mark at markfox@antiochchurch.cc
By Mark Fox