A man's life can be changed with forgiveness


When Stakwell Yurenimo, a Samburu in northern Kenya, did well on his eighthgrade exams, the Kenyan government informed him that he had qualified to go to a high school that they would choose. They also chose his roommate, a young man named Paul, who was a member of the enemy tribe, the Turkana. Stakwell determined in his mind that there was no way he would room with a Turkana. In fact, part of his culture demanded that in order to be respected as a man, he needed to kill a Turkana.

Stakwell poured water on Paul’s bed every night, so that his roommate was forced to sleep somewhere else. Paul did not react in anger, but slept on the ground without complaint. This went on for several months. Meanwhile, there was friction on the soccer field as well. Stakwell was an excellent midfielder. Paul was the team’s star forward, a striker with considerable skill. But the team kept losing because Stakwell would not pass the ball to his roommate. The coach finally confronted Stakwell, who told the coach that there was nothing he could do. “You will just have to put one of us on another team,” he said. That’s what the coach did, and the first time the two teams played each other, Stakwell threw himself into Paul, trying his best to kill him. He broke Paul’s leg and knocked out several teeth. Because it was an intentional penalty, Stakwell was expelled from school and sent home a hero to his fellow Samburu tribesmen for injuring a hated Turkana. He did not care about being expelled, but then the school told Stakwell that he would have to repay Paul for all of his medical expenses. Stakwell, a Samburu shepherd, faced an insurmountable debt. That’s when his life changed. 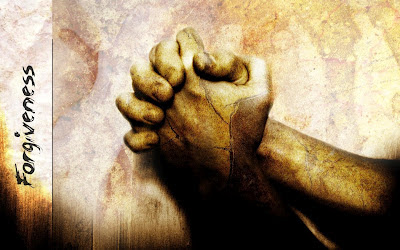 Paul came to Stakwell offering forgiveness. He did not want to be paid back. Paul explained that all the time his roommate was persecuting him, he did not retaliate, “not because I am weak, but because I am a Christian. When you were pouring water on my bed and forcing me to sleep on the ground, I was praying for you,” Paul said.

Stakwell’s heart was broken by this demonstration of the Gospel. He became a Christian, and after finishing high school and attending Bible School, he began to work to bring reconciliation between the two warring tribes, the Samburu and the Turkana.

With the help of New Directions International, Stakwell opened a sports camp in the Kurungu, Kenya, region. He brings hundreds of young people together three times a year for friendly competition. More than a dozen tribes are represented at the camps, and the ministry is changing the climate of the region. Stakwell told us as we visited with him, “There has not been one killing in the past two years between the Samburu and the Turkana.” There is even a Turkana village now in the Samburu region, something that would have been unheard of just a few years ago.”

Being at the camp with Stakwell and his family (including seven children they rescued from abandonment) gave our mission team a picture in living color of what is only possible through the power of God. For he “has reconciled us to Himself through Jesus Christ, and has given us the ministry of reconciliation.”
Stakwell Yurenimo, the Samburu warrior once committed to destroy the Turkana, was broken by the forgiveness shown to him by a Turkana follower of Jesus Christ. Now, he lives to help others find that forgiveness as well.


J. Mark Fox is the author of “A Faithful Man,” his latest book, and the pastor of Antioch Community Church on Power Line Road in Elon. You can find all of Mark’s books on Amazon or other online sellers. Email Mark at markfox@antiochchurch.cc
By Mark Fox