When was the last time you asked the butcher if the particular piece of beef you were looking to purchase had been sacrificed to idols? It’s been a long time for me. Since, well, forever. But that is the illustration Paul uses in Romans 14, when he is instructing the believers in Rome about how they are to love those who don’t agree. Some in the church believed it was fine to eat meat sacrificed to idols. Others believed it was a sin for them to eat such meat. Paul makes it clear that this issue falls squarely in the middle of the big pile of “non-essentials” that we as Christians sometimes argue over, and even break fellowship over, but should not do so. Our big pile of non-essentials today might include, for example, the question about whether it is acceptable for Christians to listen to secular music. For some, that would be a problem and their conviction is to never do it. How do you respond to someone on this issue if you disagree?

First, Paul says to accept one another, but not so you can quarrel with them. In other words, don’t embrace a brother who disagrees with you just so you can mount your argument and “put him in his place.” No, accept him where he is and leave it up to the Lord to change his heart and mind on the issue — or yours — if the Lord wants to do so. 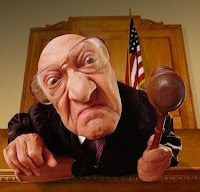 Second, do not judge your brother on non-essentials. Which of you would enter a place of business, call an employee over to you, and say, “Why are you wearing those clothes? You shouldn’t be wearing that.” He might respond, “Uhh, because I work here, and this is what we are told to wear.” Paul asks, “Who are you to judge another’s servant?” Especially when the “another” is the Lord. Sometimes we feel compelled to correct someone on a nonessential issue because we somehow feel responsible to make sure they get it right. Eric Alexander said, “I will not have to answer (before God) for the position my brother may have held, but I will have to answer for the position I took on the position that he held.” That should make us all tremble.

Paul had worked this out through his study of the Scriptures and had come to a freedom there. But he also knew that other sincere believers had not come to that place and were fully convinced in their own minds that they could not eat meat. So, Paul went on to say that his brother was more important than Paul’s freedom. In other words, the law of liberty is to always be controlled by the law of love. My brother is more important than my freedom. When someone says, “I can do anything I want. I can eat anything, drink anything, watch anything, read anything, because I am free,” that brother is possibly not walking in liberty controlled by love, but his liberty has become license.