Ok, I don't really believe that 29 year old divorcees should be forbidden to write about marriage. But it is strange that this article actually got published at all:

"Why I Believe Marriage Shouldn't Be Allowed Before Age 25" by Jennifer Nagy.

Editorial standards aren't what they used to be. 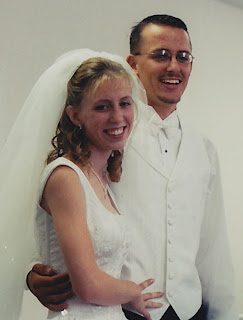 In fairness here are my stats:
Current age - 32
Happily Married for just shy of 12 years
Blessed with four kids (the first one came when I was 23).
Met my wife at age 17.
Married at age 20.

So maybe I have an axe to grind, but then no more than the author of the aforementioned essay.

Of course, everybody would agree with that this is the wrong solution to the problem of one bad essay. But isn't that the point: we see the obvious when you put it that way---yet this author is able to seriously argue that marriage should be forbidden before the age of 25. What's the evidence? Essentially: a bunch of people do it wrong.

The lines of argument for the essay are basically two fold.
(1) Personal experience.
While personal experience builds connection with an audience, it isn't supposed to be an argument for serious thoughts on any subject. The obvious reason is obvious: personal experience varies widely. Anyone equipped to pass a freshman course in logic or public speech should recognize this--if someone can't well lets make a mandatory age of 30 for graduating college. Fair is fair.

(a) Correlation does not equal causation. Again, freshman logic classes should have drilled home this point. Just because you can show that many young people get divorced doesn't mean that you have proven that the reason they are getting divorced is caused by the age at which they get married.

The author's argument is a young person hasn't matured enough to make decisions. Unfortunately, statistics do not prove this. Typically this argument should be made from social sciences. Other articles have made that case. But I was flabbergasted that the typical argument: "it's unwise to get married young" [which may be true in some cases] has now moved to: "it should be illegal to get married young."

(b) "Is" doesn't equal "ought" or "ought not". This argument is a bit tricker because it involves ethics and metaphysics... twenty-nine year olds can't be expected to grasp such subtleties of these disciplines since we don't legislate them.

Here's the problem: the author argues from "is" e.g. "approximately 60 percent of marriages in which the couple marries between age 20 and 25 will end in divorce" and makes the leap to "ought not" e.g. it's best if "we could change the law to prevent couples from getting married before the age of 25."*awkward record scratch*

The buried presupposition is divorce is bad/evil or at least undesirable and we should therefore eliminate it. But a statistic doesn't prove that. Not even a statistic that says "85% of divorced people are unhappy" can help you make that leap. After all, sometimes even unhappy stretch us and cause us to grow.

What about Personal Liberty?
Since the article is bad all around, maybe we should limit the free speech. Too much sarcasm?

As someone who is politically somewhere between conservatism and classical liberalism, I bristle at the very suggestion that the government should make another law to regulate private individual behavior. Besides isn't it always the progressives telling us the government can't "legislate morality"? But apparently we can legislate paternalism to protect people from making free choices. Hey where'd my 16oz soda go?

Puppy Love vs. Covenant Love
The ending to the article takes the cake for foolishness:

"Who knows? Maybe there are 20-year-olds that get married and stay madly in love for their whole lives. Maybe puppy love can last forever.

Could be. Maybe there is such thing as fairies and unicorns too. 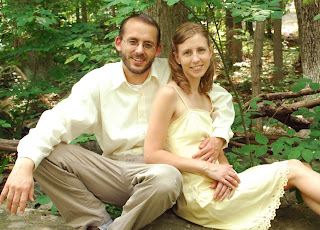 Well, of course puppy love doesn't last forever. As a pastor, with those I do pre-marital counseling I always try to ferret out the differences between naive starry-eyed puppy love and the true love that builds covenant commitments. The pastor who married my wife and me did the same for us.

True love, should be like God's unchanging steadfast loyal covenant love. The Bible often uses the word hesed to describe this concept.

In marriage this love is built over time. You change but you change together as a couple. Of course at 20 I knew very little about the world and even myself. But I made a covenant commitment to walk with my wife. We agreed to grow together. Our souls were being knit together by God.

I can honestly saw, I love my wife much more now then I ever did at 20. We still have our seasons romance and puppy love. But it grows out a covenant commitment and those things take work. They aren't just magic. But what do I know... maybe I should quite blogging and go feed the unicorns in the backyard with my wife.
By Unknown