The church: are you a lover or a leaver?

I'll be the first to admit that the church (both now and all the way down through history) has some black spots, black eyes, mistakes, missteps, and gross grievances. Sure, it makes all of us uncomfortable to think of the things done or overlooked under the name of Christ and the banner of Christianity. And, if I may speak in very broad and general terms, I see two reactions and responses from those who call themselves Christ-followers.

The conversation starts like this: "Yes, there are some huge embarrassments in the church's history—and some even bigger ones that I read in the paper yesterday—and some things that we've handled poorly or even willfully overlooked." The laundry list covers everything from slavery to science, from Galileo to gays, from the Crusades to the crooked televangelist. 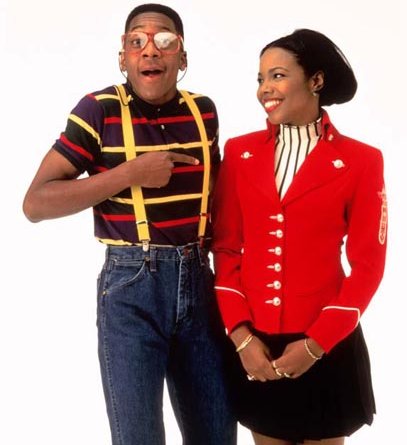 You're either a lover or a leaver.

I've been reading two books recently that embody these differing approaches, and I'm sure you could add infinitely to the list. In the camp of the leavers is Carl Medearis and his new book Speaking of Jesus: The Art of Not-Evangelism. (Again, I am painting with broad brushstrokes and don't intend to speak pejoratively of Medearis). And—I apologize for being so insultingly obvious—Why We Love the Church by Kevin DeYoung and Tek Kluck was my palate cleanser representing the lovers.

The thinking begins in a similar place: Everybody loves Jesus and thinks he's the bee's knees, and everybody also recognizes that the church just isn't as spotless as he is. Jesus is like the hot chick on the arm of a pretty average-looking (or even sub-par) dude and everyone around them knows he's dating out of his league. (Don't let the genders in my analogy throw you off, you know what I'm getting at.) The questions become: Do we split the two up to save Jesus? Should we fix things from the inside (the lovers) or the outside (the leavers)? Has Christianity really fallen so far from what Jesus intended that we're at the point of triage and just need to remove all life-support and start over?

This post is already long enough, so I suppose I'm going to make this a series. If you wanted an easy answer to the dilemma I've stated, sorry. If you've got an easy answer, I'd love to hear it. In the coming posts we'll look at the profiles of both the lovers and leavers. I'm also going to be asking our regular contributors and guest bloggers to give us a brief profile of the churches they attend and serve. And if there's any feedback or interaction from you readers, that will certainly shape the conversation as well.

But to end, I'll tip my hand. In my humble estimation, the leavers seem to say "Just chuck it all and start over with Jesus". The lovers seem to say "Somewhere in there is a white-hot center. She's the church, the bride of Christ. Where she ends and all the embarrassing abuses and perversions begin, I'm not sure. But I can't give up on her. Jesus chose her, called her, loved her, and gave himself for her, and I should probably give him the benefit of the doubt as long as she's in there somewhere."
By Jared Totten

I love the church because of South Sudan. In the first years of this century nearly 1,000 churches were destroyed by Muslim-dominated troops in Sudan. Today with the help of Samaritan's Purse and others 500 have been rebuilt. As the people see the concrete walls and metal cross go up their hope is renewed once again. God is alive and He will be victorious.

So it is suffering Christians around the world that make me love my imperfect church.