Israel Had No King... 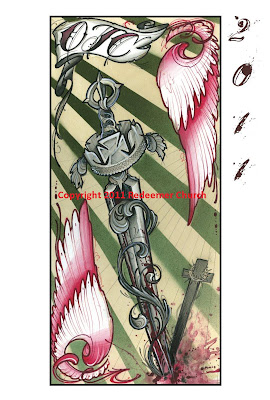 This is part 4 of a continuing series on hard questions from the Old Testament. They have been adapted from a series of articles I wrote for my church's community groups during our Old Testament Challenge. You can also read the introduction, part 2, and part 3.


Israel had no king…

The book of Judges shows us the depths to which a people can sink when they reject God as Lord and as king. The writers of the book know they are reporting terrible stuff; this is why four different times we read the refrain, “Israel had no king” (Judges 17:6, 18:1, 19:1, and 21:25). The message was obvious to the original readers: this is a result of Israel’s rejection of God.

With only rare exceptions, the judges sent to free Israel from her oppressors were cut from the same cloth as the Israelites themselves. The judges’ role was one of physical liberation, not spiritual leadership (note: every reference of the Spirit of the Lord coming upon a judge in power in the book of Judges results in a tail-kickin’). So it shouldn’t be surprising that even many of the judges had glaring moral flaws.

Exhibit A: Samson is the obvious example of this. If all you had ever known of Samson was what you had learned in Sunday School, then you are in for a surprise the first time you read the book of Judges. Up until the day that he died, it is a challenge to find anything that he did praiseworthy.

Exhibit B: Perhaps the most tragic example, however, is that of Jephthah. In a moment of pure stupidity, the judge Jephthah made a rash vow that he would sacrifice “whatever comes out of the door of my house to meet me when I return in triumph”. The very words he used in his vow assume the fact (or at least the possibility) that what would come out to meet him would be human. Of course, human sacrifice is an abomination to God and expressly forbidden throughout the Old Testament. So when his only daughter comes out to meet him and he follows through with his vow, this is a tragic case of the Bible simply reporting what happened, rather than in any way endorsing his behavior as right or justified.

These are just two of the examples of the shocking moral slide that the nation of Israel takes during the time of the judges. And just for added emphasis, the writer of Judges ends the book saying, “In those days there was no king is Israel. Everyone did what was right in his own eyes” (21:25, emphasis added). While this is a depressing period in Israel’s history, it should serve as mirror to our own hearts, considering our own tendencies toward desiring to be our own kings.
By Jared Totten