Since we're on topic, I figured I would add my contribution to the thread Tom started with some albums that I feel rise above the average CCM fare.

The first I purchased this past week while I was on vacation in Boulder, CO (incidentally, vacation is also why I haven't been as consistent on my book reviews, sorry!). 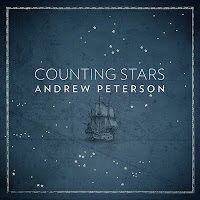 Andrew Peterson's Counting Stars quickly became the soundtrack for my Colorado vacation much like his Resurrection Letters, Vol. II did for last year's Colorado vacation. While this album has a lot more to say about Peterson's role as husband and father, there is still plenty of spiritual depth in his lyrics. I can honestly say there is no other songwriter that moves me to tears, goosebumps and a driving passion to be a better Christian than Andrew Peterson. (And a little side note: If you ever get a chance catch his Christmas program on the Behold the Lamb of God tour, you will never see a better gathering of great musicians telling the Nativity story beginning from all the way back in the Old Testament. I promise, it is worth every cent!)

Favorite lyric: "It's so easy to cash in these chips on my shoulder/So easy to loose this old tongue like a tiger/It's easy to let all this bitterness smolder/Just to hide it away like a cigarette lighter/It's easy to curse and to hurt and to hinder/It's easy to not have the heart to remember/That I am a priest and a prince in the Kingdom of God" - Fool With a Fancy Guitar 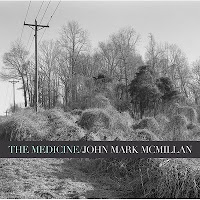 The second album that forced me to pull out the lyrics and follow along during vacation was John Mark McMillan's The Medicine. Stylistically, I think fans of Samford and Sons will find a lot to like here.

John Mark started making serious waves when David Crowder recorded his song "How He Loves" on his last album. However, if you purchase this album expecting an entire record of worship songs like that, you will probably be disappointed. McMillan writes with depth, honesty and creativity that probably makes most of the songs a little too strange for congregational singing.

However, the one exception is the song "Death In His Grave": "On Friday a thief/On Sunday a king/Laid down in grief/But woke with the keys/of hell on that day/The firstborn of the slain/The man Jesus Christ laid death in his grave" 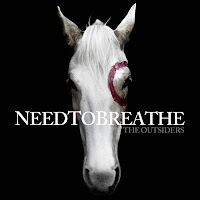 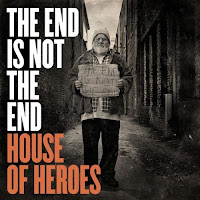 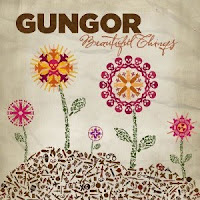 The Outsiders, needtobreathe - Southern rock, a bit of a live feel makes it stand out

The End Is Not the End, House of Heroes - Influences from The Beatles to Green Day, Muse to Weezer, this album has been a year long favorite