Why Twilight Is So Bleeding Popular (Yes, pun intended) 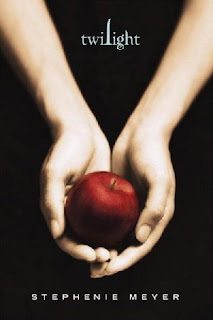 Though I have not seen any of the Twilight movies yet, I found this article by John Granger to be completely fascinating and on point about popular entertainment.

Touchstone Archives: Mormon Vampires in the Garden of Eden:
"I suggest that the Twilight series is something for thoughtful people to be aware of and to think seriously about, first, because of its remarkable hold on the imagination of American readers and movie-goers, but second, and more important, because of the reason these books are so popular: They meet a spiritual need. Mircea Eliade, in his book The Sacred and the Profane, suggests that popular entertainment, especially imaginative literature and film, serves a religious or mythic function in a secular culture. When God is driven to the periphery of the public square, the human spiritual capacity longs for exercise, and it often finds it in the 'suspension of disbelief' and activity of the imagination that are available in novels and movies.

The books and films that satisfy this spiritual longing most profoundly are the ones that have religious content of some kind, sometimes any kind. Not just The Lord of the Rings and The Chronicles of Narnia but also Harry Potter and The Matrix contain symbolism and religious notes that resonate with readers and moviegoers.

People are drawn to, and many are consumed by, those books and movies that most engagingly and convincingly deliver or smuggle in this religious content and mythic meaning. Not surprisingly, though, this meaning cannot tear down or even challenge the golden calves of our modern moral landscape."
By Jared Totten

Hmm. Interesting notion, but with more than a few gaping holes in the logic. First, the idea that Twilight has a real "hold" on the popular imagination is untested. It's popular, but quite possibly popular in the way that so many flash-in-the-pan pop culture moments are...that is, there is no real "hold" there at all, but this is disposable entertainment...what a previous generation called "bubblegum." We have to wait and see. The second problem is that drawing a connection between the Christian/Old Testament stories and archtypes is a loser's game--sure, Christians can say "but our story is the true one!!!" but the Joseph Campbell/Northrop Frye other side can say "no, the similarities are just evidence that yours is just another myth." And finally, his selections of pop culture examples--Matrix, LOTR, etc is, while valid, so obviously hand-picked. A junior high debate class would see the flaws here--what about the (practically endless) examples of pop culture "smash hits" (music, movies, TV, web sites) that refute his very point?

I think the point is a good one. Such stories are popular because they move contra to the grinding, deadening secular narrative that infuses so much of modern life. They hint at mystery, eternity, significance, meaningfulness, answers to deep questions. The human spirit thirsts for those things... because we thirst for God.

Such stories would have no appeal at all if they didn't resonate with a psychological (spiritual, actually) need that we can't explain -- what I would call the yearning of the creature to know his Creator.

Yeah, but Charlie, what about all of those extremely popular stories that in no way "move contra to the grinding, deadening secular narrative..."? I mean, if this is true--that stories have appeal because "they resonate with a psychological (spiritual, actually) need...the yearning to know [the] Creator"--then that should hold true for all stories with appeal, no? Because if we get to pick and choose a handful of stories from among the millions that are popular and say, "look! these prove that the human spirit thirst for God!", then what does the popularity of those other stories prove? If the popularity of the former prove something, then the popularity of the latter must prove something as well, and I don't think we want to go there.

I'm not arguing, of course, against a human thirst to know God. I'm arguing against shoddy and softheaded reasoning that we Christians think we can tout to prove something but which can so easily be used against us, used to prove that we are, in the end, just softheaded and foolish and intellectually unsound. We aren't--and we're so much better than this "Twilight proves blah blah blah" weak argument.

You keep using the word "prove". These ideas are not being presented as an apologetic for Christianity. This isn't meant to be any sort of argument. It is an explanation, to the Christians as much as anyone else, to why they are so popular.

For instance, when my mother, a fifty-something Christian, asks me why she likes the Twilight books and movies so much, this answer completely resonated with her.

And may I point you to Hollywood Worldviews by Brian Godawa. He suggests that every movie, at it's core, is structured around the theme of redemption of some sort. So he would suggest that every movie may have at least one theme that resonates with believers as a transcendent reality that speaks to the way the world really is.

So he would answer, "Yes, that does hold true for all stories with appeal".

Well, if you believe that Godawa is correct and that "every movie" does in fact have redemption at its core, then, yes, my posts here are wrong. But try to convince anyone not already pre-disposed to buy into such a statement, and you'll have considerable trouble.

Well I don't have the book in front of me, I've loaned it out at the moment, but I'll do my best to remember his definition.

There is no movie with out conflict, no story without a dilemma.

So in that sense, redemption in the movies speaks to all of us because we can identify with those themes in our human condition (and many Christians identify them poignantly).

So while Christians can't just stick a flag in all movies and say "these are ours", there are common elemental themes that make a movie good and memorable. I would suggest that at the same place where those elemental themes speak to us, the God of Christianity speaks to us saying "I have something to do with that, I have something to say about that."

Johnnie, I would say that the human spirit thirsts for many things. Not God exclusively. A book about love reminds a single woman of her desire to be married, a story about a sports hero reminds me of the days I used to watch my local team with my grandfather. So what's your point? Yes, we yearn for God, but not every popular story deals with that yearning. The fact that there are other kinds of stories is similar to the reason there are many kinds of ice cream. Humans are complex and multifaceted creatures.

Another way to explain is that such a statement of a connection between film themes and human yearning is not an attempt to prove anything about God. Rather, it is evidence. It is an interesting human phenomenon that can probably be explained in many ways, including a yearning built into our hearts to know our Creator. Taken by itself it is proof of nothing. But added with other examples of our human search for God and meaning, it has significance.

Sounds like we more or less agree. My point was that a book showing "why Twilight is so popular" that answers in such a way as this one IS attempting to prove something about God. And that that is bogus for all the reasons I stated in my first post (beginning with the very popularity of Twilight.)