Saturdays with C. S. Lewis - There Is No Other Stream 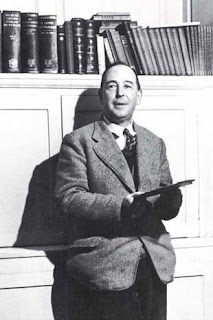 "Some Saturday C. S. Lewis" was introduced and explained here. And yes, I know that it's Sunday, but I didn't want to double on Ian's post from yesterday, so I decided to save Lewis for today. I hope you can find it in your heart to forgive me. In any case, the following quote is from chapter 2 of The Silver Chair.

Reminds me somewhat of the fable of the Frog and the Scorpion, made famous in the film 'The Crying Game.'